BIG CUTS AT YAHOO: Yahoo Inc. announced that it plans to lay off 15% of its employees in its $400 million cost-cutting mission, which CEO Marissa Mayer claims is part of a plan to “simplify” the company. This comes in the wake of the announcement that Yahoo’s Mexico and Argentina offices are to close. Here 4 things to take into account about Yahoo’s earnings and new strategy, as Portada’s Editorial Team sees it.

GOOGLE’S ALPHABET MOST VALUABLE PUBLIC COMPANY IN WORLD: Google‘s parent company, Alphabet, is officially the most valuable public company in the world, pushing past Apple for the first time since 2010. Alphabet has a market cap of $547.1 billion, higher than Apple’s $529.3 billion as of 9:45 a.m. ET.

FACEBOOK MAKES GAINS IN DIGITAL ADVERTISING: Facebook‘s share of the digital advertising market is up from 8% last year to 10% this year, according to eMarketer. Google‘s went from 32% to 30%.

HYPER-TARGETING IS IN: Ad tech firm Grapeshot has raised $8.5m in funding, bringing its total raised to $14.25m. Grapeshot’s technology enables advertisers to bid for space on content sites and target ads to websites with certain pre-determined keywords. Why didn’t I think of that?

THE FUTURE OF ADS IS VISUAL: Image recognition marketing startup Curalate just raised $27.5 million, bringing its total funding to $40 million. Some of Curalate’s features include Like2Buy, a gateway that enables product sales directly through Instagram posts, Fanreel, which incorporates images generated by users into brand websites, recognizes and tags them as products, and Visual Insights, which generates analytics about the products that users are sharing on platforms like Instagram, Pinterest, Tumblr so that brands know what is popular.

Independent cross-screen data management platform (DMP) Lotame announced that veteran media executive Doron Wesly will be taking on the role of SVP of Marketing and CMO. Wesly has more than 20 years of experience in the sector, with a special focus on brand and research strategy. Working on Lotame’s International Expansion will be one of his main tasks.

AD BLOCKERS, IF YOU CAN’T BEAT ‘EM, JOIN ‘EM: Samsung has decided that the new version of its web browser on Android phones will allow users to install ad-blocker extensions.

NEW ACQUISITIONS: Digital asset management and video delivery platform Adstream has acquired the AdServices division of media and entertainment production firm Deluxe, helping Adstream in its effort to expand its presence in the U.S. and worldwide. Adstream provides agencies and brands with transcoding and digital asset delivery, and also generates analytics and creative versioning for video.

SHOCKER: PEOPLE DON’T LIKE FORCED AD FORMATS: Ad-tech firm Teads released a study with data on why people use ad blockers online. Conducted by Research Now, the study claims that intrusive and forced ad formats are the biggest motivating factor behind ad-blocker adoption. Three out of four U.S. respondents say that intrusiveads were the largest motivator for installing ad blockers, and 80 percent of respondents would reconsider installing ad blockers if the ad experience provided them with the choice to skip or close the ad.

MOBILE ON THE MOVE: Mobile ad platform Widespace has  secured $17.2m in growth capital from Kreos, which provides growth debt to high-growth companies.CEO and co-founder  Patrik Fagerlund says the money will help them become leaders in Europe, as well as aid in their expansion to other parts of the globe. The company reaches 230 million unique users across Europe, the US, Brazil and the MENA region every month.

BIG MONEY FOR TAPAD: New York-based ad tech startup Tapad has been sold to Telenor Group for $360 million. The company was founded in 2010 by Are Traasdahl, and has built software that helps advertisers to identify custom audiences across mobile, television and desktop.

BRAZIL, ARGENTINA DON’T LIKE ANNOYING ADS EITHER: The previously-mentioned Teads study revealed some interesting data on Brazil and Argentina: 64% of Brazilians use 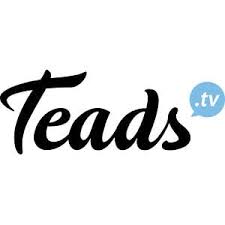 NBC Universal has tapped Spanish content producer Mediapro to run its on-air promotions across Latin America through Mediapro’s Argentinean subsidiary, Promofilm. Mediator will be responsible for all audiovisual material and technical advertising production for LATAM. 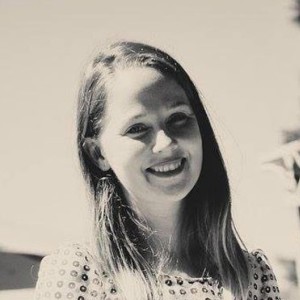