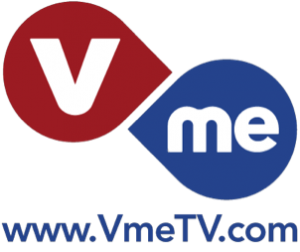 Spanish-language TV network V-Me announced today that Carmen DiRienzo, president and CEO, has stepped down from her position effective at the end of this year (December 31, 2011). She will continue to serve on the Board of Directors for Vme Media, Inc. as an independent director, will support the company in its transition to new management and will also continue to manage select projects. The company also announced the appointment of media veteran, Alvaro Garnica as general manager. The change in V-Me’s leadership may reflect the fact that Spanish media group Prisa has taken the majority control of V-Me in 2011 and wants to play a more active role in the the management of the company. Garnica is a veteran of Grupo Prisa and currently employed as general manager of Plural Entertainment, Prisa owned Vme’s sister company and primary production partner.

Mario Baeza, founding chairman of Vme Media, Inc. said, “Carmen has been a singular, driving force for Vme since the Company was formed.  Her vision, passion, and leadership have taken Vme from a start-up, to one of the nation’s largest Spanish-language networks today.  During this transition period and beyond, the entire management team and Board of Directors will remain focused on delivering quality programming to its viewers and the same collaborative spirit with its stations, clients and stakeholders.”
Ms. DiRienzo commented: “I feel fortunate to have had the opportunity to lead a
creative, dedicated team of professionals in such a worthwhile venture. Vme’s role in the Hispanic community is an important one and I am happy to continue to nurture it through my role on the Board of Directors.”

Programming Veteran
Alvaro Garnica will assume the new position of general manager, with overall day-to-day responsibility for the operations of the company.  Alvaro Garnica is an experienced programming veteran serving for the past nine years with Grupo Prisa. During his tenure with Prisa, he has proven and honed his management and production experience across television and other media platforms.

“The Spanish-language television market in the U.S. is a rapidly evolving one,” said Garnica. “Vme’s unique programming and national distribution have positioned it competitively to continue serving the Hispanic community. I am pleased to work with Vme in this next phase of its success.”

“We are confident that Alvaro can continue to build Vme and accelerate its growth as a leading Spanish-language media company in the U.S.,” added Baeza on behalf of the Vme board of directors.