What: Univision has debuted  TheFlama.com, an English-language video channel aimed for Hispanics between ages 15 and 30.
Why it matters:This is Univision’s first online attempt to reach this particular millennial set, which increasingly consumes video via smartphones and tablets.Trojan and McDonald’s will be its main sponsor. 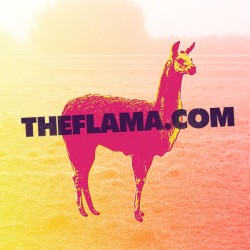 Univision has launched TheFlama.com, an English-language video channel with an eye on Hispanics between ages 15 and 30, Ad Week reported. The Condom brand, Trojan, is the cross-programming launch partner and McDonald’s is sponsoring the¨Super Accurate Soccer History¨ show.

The new channel is kicking off with five original programs in all, among which there’s a reality-TV-styled show starring hip-hop artist Becky G that goes live on Wednesday. The programs are expected to last between two and six minutes and will involve episodes rolling out during the next several weeks.

A trio of Super Accurate Soccer History episodes have already gone live while three more will appear on April 21. Trojan will get branding throughout the initiative’s properties, including custom pre-roll for programs like “Abuelita’s Review” and “The Johnny Sanchez Show.” McDonald’s is getting 100 percent share of pre-roll for the show on TheFlama.com and via an exclusive YouTube channel. The shows will also be shown on Vevo, Twitter and Facebook. Bedrocket, a video content house with a “media for the post-cable generation” tagline, helped leading the programming.

The initiative is mainly based on the English-language television channel, Fusion, which Univision premiered last fall along with Disney. This constitutes Univision’s first online attempt to reach this particular millennial set, which increasingly consumes video via smartphones and tablets.

Check out  ¨How To Date a Latina¨ video below: