What: Mobile engagement platform provider SITO Mobile Ltd. is seeking to acquire  mobile engagement and analytics Hipcricket Inc. through a US $4.5 million in cash asset purchase agreement.
Why it matters: Following this acquisition, SITO Mobile could become one of the largest publicly traded Mobile Marketing and Advertising companies. SITO Mobile intends to continue to provide services and support to existing Hipcricket customers of which a substantial amount target the Hispanic demographic. However, the transaction is subject to a Bankruptcy Court supervised process under Section 363 of the Bankruptcy Code and is subject to an auction and Bankruptcy Court approval. 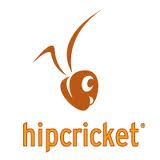 “As a result of this transaction, if approved, SITO Mobile will become one of the largest pure-play, publicly traded companies in the mobile marketing and advertising space,” said Jerry Hug, Chief Executive Officer of SITO Mobile. “Following a transformative year in 2014 which included 27% year-over-year revenue growth, the acquisition and integration of DoubleVision Networks, and the completion of a strategic financing with Fortress Investment Group, SITO Mobile entered 2015 poised for growth and expansion. Consistent with our goal to accelerate our growth, if completed, the acquisition of Hipcricket will bolster our services and solutions and increase our revenue from a customer base which would then include 38 of the Fortune 100 companies.”