Research LatAm: Mexico: Social Networking is up 12.8% from a year ago

In July, Mexico had over 23 million internet user, which means a 22% more than the year before, according to the Comscore Media Metrix service.

Terra and Tuenti be folded into Telefónica Digital 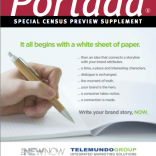 Apple Most Intimate Brand, Google and Samsung Also Have a Strong Showing