What:  Pizza Hut is turning  almost its entire identity upside down with a massive menu expansion, a revamped digital experience, logo and uniforms. The shift comes along Pizza Hut’s largest-ever advertising campaign called “The Flavor of Now.” The pizza chain is also revamping its online ordering sites and launching a Spanish-language version of the site.
Why it matters: The move comes as Pizza Hut is struggling to boost sales and revenues in the middle of a long-time decline. Similar Strategies for  Yum Brands sibling companies Taco Bell and Domino’s brought positive results. Hispanics over-index in QSR attendance and average purchase order. 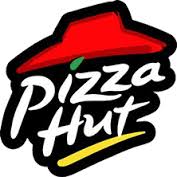 Pizza Hut, one of the largest U.S. pizza chain with almost 6,300-plus domestic stores, and 15,000 worldwide just announced an extreme brand makeover that will add new specialty pizzas, sauces and crust flavors to its menu, as well as update  its logos, uniforms and website functionality, in a race to boost its growth and capitalize for a new generation of pizza eaters in America that want fast-casual pizza. Optimedia is Pizza Hut’s  media agency.

The new menu items, which have been tested in a few locations, will be launched nationwide this Wednesday Nov. 19.

Hispanics online are part of the strategy

Over 40% of Pizza Hut’s business is conducted digitally so updating its online ordering sites and launching a Spanish-language version was also a must. A Spanish-language version of Pizza Hut makes sense. Quick service restaurants (QSR’s) like Pizza Hut are smart to target this demographic, as Hispanics have proved to be above-average quick-service restaurante users. According to NPD, more than 84 percent of Hispanics’ restaurant visits are at quick serves, and the average Hispanic consumer visits a limited-service restaurant 155 times each year, compared with the general population’s 151 visits. According to a Univision study (Univision QSR landscape), Hispanics are more likely to visit with friends and family than the general population. In addition, Hispanics, including millennials, are much more likely than the general population to visit QSRs. The study found that on average, Hispanics visit QSRs more than 10 times in a 30-day period, while non-Hispanics visit about seven times per month.

Over 40% of Pizza Hut’s business is conducted digitally.

“This is probably the biggest change we’ve made as Pizza Hut in our history, and so we wanted to signify that to consumers,” says Carrie Walsh, chief marketing officer.The new menu comes with the launch of Pizza Hut largest-ever advertising campaign called “The Flavor of Now.” The chain may even advertise in the Super Bowl for the first time in 15 years.

Too much of a change?

It’s not the first time a major QSR chain (Quick Service Restaurants) tries to quickly reinvent itself. Back in 2009, Domino’s changed everything in the recipe of its core pizza and turned out to be a hit. Pizza Hut’s sister brand Taco Bell saw same-store sales jump 13 percent following the launch of its Doritos Locos Tacos. So, Pizza Hut is most probably hoping for a similar outcome without changing its’ core recipe but adding more choices.

The announcement comes days after Plano-based Pizza Hut said it will have a new global chief executive and weeks after the parent company, Yum Brands Inc., based in Louisville, Ky., announced that Pizza Hut’s same-store sales are down 2 percent year-to-date.

To stay competitive, Pizza Hut looks to appeal to a wider base, launching new marketing vehicles and products that adhere to the sensibilities of both younger and older consumers among traditional and new clientele like Hispanics.

Yum Brands, the company that operates the licensed fast food brands of Taco Bell, Pizza Hut and KFC, was a top 35 advertiser to the U.S Hispanic consumer in 2013 and its advertising expenditures increased more than 30%, according to Kantar Media. So, this shows Hispanics clearly over index in attendance to Quick Service Restaurants (QSRs). According to NPD, more than 84 percent of Hispanics’ restaurant visits are at quick serves, and the average Hispanic consumer visits a limited-service restaurant 155 times each year, compared with the general population’s 151 visits.

84 percent of Hispanics’ restaurant visits are at quick serves

According to David Gibb  the alterations will lead to “more trial of our brand, more frequency of our existing customers and attract new customers to the brand.”

The chain’s parent Yum Brands has previously seen big success with creative additions in the past as America’s tastes are changing…we will see how this goes.