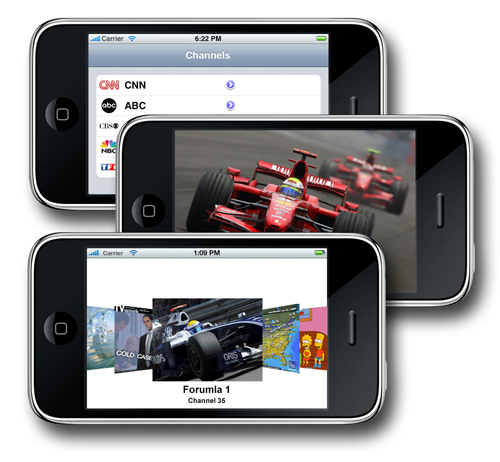 How many of you spend more than 90 minutes a day watching broadcast television? Two hands timidly go up. What about cable TV? Thirty hands are raised. Internet? All hands in the room go up. The rapid-fire questions are coming from John Farrell,

“Everyone is spending more time online, but the percentage of advertising that is allocated there is less than 10%,” says Farrell. Even though online video represents a mass market, 60 to 70% of ad budgets are spent on broadcast TV, for example.

Online video will reach 75% of consumers by 2020, estimates Farrell. Within seven years it could overtake broadcast TV and even pay TV.

“I think that advertisers still invest heavily in TV advertising because video is the best way to connect with consumers. On YouTube, 1 trillion videos were uploaded in 2012 alone. For our company, Mexico ranks fourth in video consumption.”

In an interview with Portada, Farrell talked to us about YouTube’s plans for the year. One of the company’s plans involves experimenting with a channel guide. The channel’s free service will continue, but the user will also be able to choose custom content by subscription only, at a cost of $1 or $2 a month. There will be niche content for all tastes, including music, sports, and movie and cooking videos.

Advertisers still invest heavily in TV advertising because video is the best way to connect with consumers.

— What are YouTube’s goals for 2013?
“We don’t specify, although the main goal is to increase watch time, or the percentage of hours people spend watching online videos. We have seen an increase—last year’s average was over 150% and we expect growth to accelerate to 200%. Online visits basically maintain a proportional relationship, so visits will be a very important metric for this year. And in terms of revenue, as we said at the conference, online video is posting the greatest growth of the entire digital advertising industry. Google has several business lines; search is still very important and almost all companies are using search campaigns time and again. We have a Display Adsense network, but I would say that YouTube represents one of the most attractive opportunities for the Google business group.”

—What percentage of YouTube’s revenues is derived from Latin America?
“We don’t share that information either. But let’s say that search is still the most dominant function for Google, at over 70%. But the biggest platform for Google’s growth in Mexico and Latin America is YouTube.”

Everyone is spending more time online, but the percentage of advertising that is allocated there is less than 10%.

—Which is Latin America’s biggest advertising market?
“Brazil’s market is about $12 billion, compared to $5 billion to $6 billion in Mexico. The overall advertising total in Brazil is more than double, and the percentage of online advertising there is more than 14%, whereas in Mexico it’s between 8% and 10%, depending on the source. Brazil is significantly larger, but Mexico is the fastest-growing market at the moment.”

—How much is Mexico growing?
“Over 80%. Search continues to grow a lot. While online advertising is increasing between 20% and 30%, search is over 60%.”

Wendy is a journalist. She has a Clarín Masters in Journalism from Universidad de San Andrés-Columbia University in Argentina. Wendy worked as a reporter for the print edition of newspaper Clarín and was Editor at Clarín.com, and was also a special reports contributor for the weekly Perfil. She has served as head of information at CNNMéxico and was features editor at Domingo magazine, which belongs to the daily El Universal. Wendy has been a rapporteur and fellow at Gabriel García Máquez’s New Iberoamerican Journalism Foundation (FNPI), and a fellow at the University of Michigan.