Another indication of the rise of online video, video communications platform-as-a-service, Video PaaS (Platforms-as-a-Service), which builds real-time video communications applications to make it easy for developers to embed real-time video into mobile apps, web sites, or business processes, claims that it will grow revenues from $60 million in 2016 to $1.7 billion in 2020. This represents a 130% compound annual growth rate. 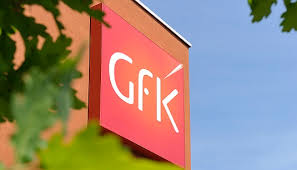 A new GfK study claims that the majority of consumers has never rented or bought a digital copy of a movie or TV show, and that the average digital media collection is much smaller than physical disc collections or VHS collections, on average.

Get ready for the 2017 Online Video Marketing Guide to be published on October 25, 2016 with the latest stats/projections and intelligence on the Ad-Driven Online Video market (OTT) throughout the Americas.  To align your brand with this important annual reference and thought leadership report, please contact Portada’s Sales and Marketing Director Kelley Eberhardt at kelley@www.www.portada-online.com.

A new Nielsen Media Lab Study, commissioned by HIRO Media, makes predictions on how to get the best visibility out of your online video ads, and introduces a few new factors that are “more influential than traditional KPIs.” Download the report following this link.

The recently-released Live Streaming Video Report claims that 2016 will be the year of live streaming. Among other insights, the report refers to a Trusted Media Brands survey in which 88% of agency respondents stated that they “might” or “definitely will” invest in live stream video advertising over the next six months.

DataXpand, an international data and audience management platform, announced the launch of its new digital audience profile for Pokemon, available in pre-launch on Aug 25 on MediaMath, and on a later date on more than 40 programmatic buying and DSP platforms.

Paraguay announced at the Center for the Study of Development of Telecommunications in Latin America that it is preparing a new law to regulate the country’s growing Internet-based TV services, specifically targeting the taxation of over-the-top (OTT) operators. It won’t be a traditional media regulation, but will try to level the playing field between pay-TV operators and online service providers.

More on Rio 2016: global programmatic media company Digilant released new on-line behavior data analysis on US sports fans of the Rio Olympics, revealing some unique and interesting insight. For example, that consumers who are rugby fans and skiers are 154.23% more likely to be fans of targeted and less mainstream Olympic sports.