What:Pregnancy and parenting web BabyCenter®, owned by Johnson&Johnson, has partnered with  Nestlé NIDO, the early childhood powdered milk brand, to introduce the nutritional drink product to bicultural Hispanic moms in the United States.
Why it matters: Priscila Stanton, Marketing Manager, Nestlé NIDO will be one of the key speakers at #Portada15 on Sept. 16 and 17 in New York City. The program will include Sponsorship of a special Hispanic Families Resource Center on BabyCenter U.S. and a “Blog de BabyCenter” series of sponsored posts on BabyCenter Espanol. 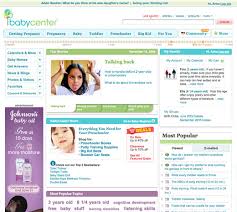 BabyCenter®, the pregnancy and parenting web and mobile destination, and Nestlé NIDO, the early childhood powdered milk brand, are working together to introduce the nutritional drink product to bicultural Hispanic moms in the United States on the U.S. site. In tandem, NIDO is being promoted on BabyCenter Espanol to reach its longtime core audience of primarily Spanish-speaking Latina moms in the U.S.

• Sponsorship of a special Hispanic Families Resource Center on BabyCenter U.S., showcasing editorial content that focuses on a range of Hispanic parenting concerns, from a portrait of a bicultural marriage to myths about raising a bilingual child.
• A “Blog de BabyCenter” series of sponsored posts on BabyCenter Espanol about picky eating during early childhood, featuring well-known Latina bloggers such as Mayra Elisa Buitrón of Te Cuento un Pokis, Danielly Lara de Acevedo of Un Dulce Hogar, and Victoria Infante of SerMamáLatina.com, as well as NIDO’s own nutritional expert Emily Dauer, MS, RD.

Other aspects of the digital campaign began to roll out earlier, including sponsorship of both the BabyCenter U.S. 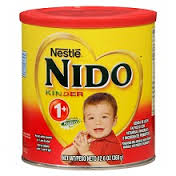 “As the Hispanic population grows in the U.S., a new generation of Latina moms is emerging,” said Priscila Stanton, Marketing Manager, Nestlé NIDO. “Our nutritional milk drink has long been embraced by Hispanic mothers the world over, but we recognize that this new bicultural Latina American mom might need to be introduced to the health benefits that come with feeding your young one NIDO. BabyCenter has been a driving force in helping parents navigate through the stages of their child’s development, and we are confident that their trusted voice will help not only increase our brand awareness among our core audience, but expand it to a new, dynamic set of Hispanic moms.”

Nestle’s Priscila Stanton and Yussef Kuri  New Emerging Consumers, Marketing Manager, The Hershey Co. will be participating in a panel on the Latina Millennial on September 17 during #Portada15. #Portada15 comprehends the Hispanic Sports Marketing Forum on Sept. 16 and the 9th Annual Hispanic Advertising and Media Conference on Sept. 17. Both events take place in New York City’s Yotel.

“While the digital world is important for all moms in the coveted millennial age group, our research has shown that it is particularly so for those who are Hispanic,” said Julie Michaelson, Head of Global Sales, BabyCenter. “Acculturated Latina millennial moms in the U.S. and their Spanish-preferred counterparts are more likely than the average mom to notice ads on desktop and mobile screens. That fact, combined with our strong audience of mothers with toddler-age children, makes BabyCenter’s U.S. and Hispanic sites an ideal environment for NIDO to reach Latina moms at the right place and time.”

The partnership between Nestlé NIDO and BabyCenter was initiated by the brand’s media agency, Metavision.

“The partnership between NIDO and BabyCenter evolved very naturally,” said Leyda M. Reyes-Rodriguez, Partner, Multicultural Director, Metavision. “BabyCenter is one of the few digital environments where you can actually do that, with their ability to reach Hispanic moms in both English and Spanish. This allows NIDO the flexibility to continue speaking to its core Spanish-speaking consumer, while attracting a new audience of bicultural moms.”

E-Commerce: Which are the Website Features that Won’t Put Us Off Buying?