Mashable gets first ever outside funding ($13.3 million)

What? Mashable has raised $13 million in Series A funding.
Why it matters? The platform aims to connect and improve relationships between distribution parties in the region.

So CNN is finally not buying Mashable. The site just announced that it has raised US $13. 3 million in Series A funding.  The round was led by Updata Partners with participation from New Market Ventures Partners, Social Starts, Buddy Media co-founders Michael and Kass Lazerow, Iglo Group CEO Elio Leoni Sceti, and Havas Global CEO David Jones.

Founded in 2005, the site has since expanded from its initial focus from tech, particularly social media, to include entertainment, lifestyle, and other news.

Founder Pete Cashmore writes in the company blog that Mashable reaches more than 30 million monthly visitors, with a team of more than 120 full-time employees and says that  the investment is for “the development of innovative new storytelling methods, to investments in video, long-form journalism and international expansion, to growing our BrandLab, and for opportunities in media that are more numerous than ever.” 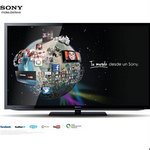 Mashable gets first ever outside funding ($13.3 million)