When it comes to rocking the Hispanic marketing boat, Javier Farfán is in a category of its own. As PepsiCo.’s senior director of cultural branding, the New York City-native has one challenging job ahead: To reimagine the way the soft-drinks giant talks to an increasingly complex, multicultural and bilingual young crowd. 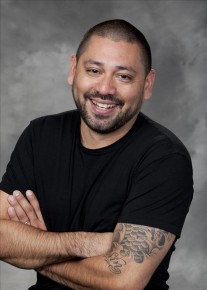 Among its latest marketing efforts, PepsiCo. this week launched www.Mipepsi.com, a new online platform that seeks to connect Hispanics with music, sports and pop culture, regardless of language. Under the banner of Vive Hoy, the effort is the Hispanic-targeted portion of the Live for Now global relaunch of the Pepsi brand, and as it has become increasingly common in Pepsi’s messaging, it features tweets and content in Spanish, English and even Spanglish. “It’s not about language anymore; it’s all about culture! That is the challenge and that is the fruit of my labor,” says Farfán.

The new site is sort of a social media “dashboard” that aggregates real time news, Pepsi-themed tweets and miscellaneous bits of trending topics. Consumers are encouraged to Tweet, Like and/or Pin topics on the site and participate in challenges and contest that can earn them points towards a concert or other rewards.

While Pepsi’s new interactive experience was conceived by Organic, an Omnicom-owned digital shop based in New York, Farfán made sure Organic worked closely with yet another digital partner, Remezcla/TheCollective “To make sure we are telling the story of how Latinos use the Internet to communicate and interact with each other regardless of language.”

“Regardless of language” is a concept that is becoming crucial for marketers like PepsiCo., which knows all well that young Latinos don’t move in a monolingual world, but live -like Farfán himself- immersed in two cultures.

“I am part of that generation of people who are not been reached by agencies focusing on a particular language,” says Farfán, who was born in New York City of Ecuadorean parents and was raised in the heart of Harlem and then Washington Heights.

From Sofía Vergara to David Beckham

A former MTVtr3s executive, Farfán has been an important part of PepsiCo.’s recent efforts to put Latinos front and center of a mainstream campaign, including hiring Sofia Vergara to be a spokesperson for Diet Pepsi, but also tapping David Beckham to appeal to Latino soccer fans.

All these efforts, he says, don’t come naturally. Instead, they are the result of two major things: Having a group of managers within PepsiCo. who are willing to take risks, and having your creative agencies collaborate with one another on every single project.

“I don’t think about agencies the way many people still think about agencies,” says Farfán, who was responsible for changing the name of his division to cultural branding from multicultural marketing. “I try to make sure that my agencies work together. I think everybody has to be accountable for the work we put out there.”

For example, PepsiCo. recently premiered a TV spot featuring Lionel Messi, Didier Drogba and other footballing stars crowd surfing at an outdoor music festival. And while the ad was created by CLM BBDO, it worked under some consulting by Miami-based Alma. [In addition to Alma, PepsiCo. also works with Austin-based LatinWorks, which handles work for Manzanita Sol, Sierra Mist and Aquafina.]

“Agencies should stop focusing on a particular language,” says Farfán. “But I know many of them don’t want to do that, mostly because they want to control the money and are afraid to lose business.” Still, he is careful to stress the power of Latino media and how a brand like Pepsi should embrace it when and where the message needs to be.

“Don’t get me wrong. I don’t discount the power of Latino media, but that is not the only thing we’re going to do. If we realize one particular message works best on outdoor, I’ll do outdoor. If something requires local, we’ll do local.”

For example, he says, Pepsi is testing messaging in the Southern California market for two new products: Tamarindo Sol and Toronja Sol, both spun off from the popular Mexican brand Manzanita Sol. He has also helped enlist Chef Aaron Sanchez to pitch Sierra Mist Natural through a series of viral videos.

For Farfán, who is about to complete with second year at PepsiCo., working in tandem with agencies doesn’t only makes creative sense, but it is also a good business decision. “Approaching the market in one single language, like in the old days, is not cost-effective; and it doesn’t make sense anymore.”