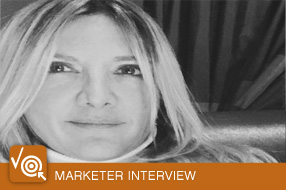 Avocados from Mexico, (AFM) the not-for-profit organization that markets the Mexican Hass Avocados Importers Association and The Association of Growers and Packers of Avocados From Mexico, has an original digital marketing profile. To target both the overall U.S. population and the Hispanic population AFM has used relatively new digital media vehicles such as Periscope and iBeacon Technology. Additional projects include two soon to be launched Content Marketing platforms as well as digital and off-line integrations. We talked to Ivonne Kinser, head of Digital Media and Strategy for AFM.

The Digital Marketer, the Brand and its Agencies

Kinser, joined Avocados from Mexico in 2014 as the Head of Digital Media and Strategy. At AFM she oversees the strategy on all things digital keeping the company on the cutting edge of the Web across the organization’s four business segments: Hispanic market, general market, retail and food service. She has a cross-market approach. Kinser works with Havas Media, including Arnold Worldwide, as AFM’s media agency for the general market. “Inspire is our Hispanic AOR agency, including traditional media planning and buying, and we will announce very soon a new partnership with a group that will become our digital AOR,” she says.

The profile of the Avocado Consumer: The “Nueva Latina”

Kinser notes that AFM targets the “Nueva Latina”, who falls into two groups based on acculturation, demographics and psychographics. The Nueva Latina is ambitious, optimistic and enthusiastic about their chapter in life. She is progressive and has big dreams and a “can-do” attitude. In my space (digital), this Nueva Latina is a heavy mobile user, always connected, and very social. They use internet daily and is more likely to research and purchase products online, so when it goes to our media mix, digital is definitely a very important piece of it.” Kinser adds that Hispanics are heavy consumers of avocados because avocados are part of their roots and their heritage. It is not a novelty for them but more a tradition. Our Hispanic marketing challenge is not to raise awareness about avocados, but to develop a message that enables and inspire the Nueva Latinas to reconnect with their culinary roots by adding some avocado to the dishes they like the most, no matter what they are. The versatility of the avocado is the perfect attribute to support that message as one that is genuine, honest, credible, and well supported.”

Our Hispanic marketing challenge is not to raise awareness about avocados, but to develop a message that enables and inspire the Nueva Latinas to reconnect with their culinary roots.

4 Content Marketing Platforms: Retail and Food Services to be Launched 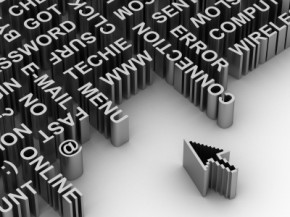 AFM has 4 marketing platform, (websites), and multiple social platforms. Kinser notes “”Regarding our marketing platforms, we have one for each of our four market segments: The Hispanic market website AguacatesdeMexico and the general market website Avocados from Mexico were launched at the beginning of this year and at the end of last year respectively, and the retail and the food service websites will be launched within the next couple of weeks.” Kinser believes that catering to each segment with customized and relevant content to address the specific needs of each of them” is a key component of a successful content marketing effort. “Although some information such as avocado nutritional benefits and avocado uses is consistent across all platforms, there are some sections and specific content within each website that is developed for each of the segments based on the unique insights of each. In fact, the platform that we built for the Hispanic market is a dual language platform because our target, (the New Latina, is for most part bilingual and bi-cultural). Those are the kind if insights that we took in consideration when we developed the platforms strategy. 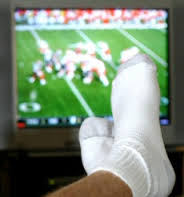 How does AFM integrate its online marketing (paid, owned and earned) with its off-line marketing efforts? According to Kinser, “The keyword is “consistency”. We have a digital strategy in its own, which is based on digital intelligence and data gathered from the millions of interactions with our users across our multiple owned and earned platforms, but as part of our holistic plan we also support offline messages across our four segments: retail, food service, Hispanic and general market.”
A relevant example that comes to Kinser’s mind is the digital platform that AFM created around its TV spot during the Big Super Bowl Game in February. “We leveraged an event of such magnitude to create a 360 digital platform around it, which not only increased the reach of that TV message, but that it also ranked our brand as the top #2 among the top 10 (digital) performers of the Big Game. A significant accomplishment considering that we are a relatively new organization competing in that category with pretty big players in the digital space such as Toyota, Nissan, Dove and Anheuser-Busch, among others.”
She adds that The Beacons platform, explained below, is another example of digital and off-line integration. “We leveraged our capability to communicate directly with our customers while they are shopping in-store in any of our retail partners, to support the POS, print and radio messages.” 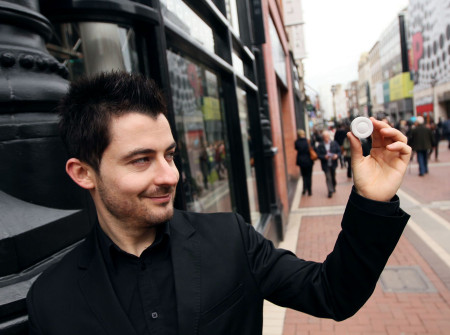 AFM recently became the first produce brand that leveraged the iBeacon technology to establish a permanent communication channel with millions of shoppers in 250 locations across the U.S. Kinser explains that “Bluetooth beacons are essentially tiny sensors that send out signals which, when picked up by mobile devices, can trigger specific actions in apps. Beacons are typically powered by a coin cell battery that can last for up to two years. The signals only work with apps designed for specific beacons.” She adds that “AFM deployed 280 (branded) store displays equipped with a battery powered iBeacon to grocery stores throughout the US, and launched our beacon app iAvocado. So customers with the AFM iAvocado Mobile Application (both Android and Apple) can receive targeted recipes, videos, or coupons delivered directly to their phone when they walk within 50-feet of an AFM grocery store display. The content that is delivered to the customer is managed through a Content Management System that is hosted on Amazon Web Services. Our media agency can monitor resulting analytics including when a customer download the app, is near a beacon enabled grocery store display, visited an AFM webpage from the application, watched a video, or redeemed a coupon.”

Bluetooth beacons are essentially tiny sensors that send out signals which, when picked up by mobile devices, can trigger specific actions in apps.

To drive iAvocado app downloads AFM partnered with Inmobi, a mobile-first customer engagement platform to launch a geo-fenced mobile campaign. “Through our retail division, we partnered with some of our clients including Superfresh, Pathmark, A&P, Food Basics, Best Cellars, Waldbaums and Food Emporium to deploy our Beacons platform in-store, in specific locations within their chains. This initiative is part of our long-term mobile strategy that aims to strengthen our communication with our consumers by providing them the information and offers that they want, where and when they want them and need them”,  Kinser says

In April , Avocados From Mexico, by the hand of its agency of record Arnold Wordwide (Havas), became the first produce brand to engage their fan base and the world using Twitter’s new Periscope live-video streaming platform. When asked on whether there was a Hispanic specific targeting component in the Periscope campaign, Kinser answers that “when we experiment with new platforms we take a market agnostic approach. In those cases our segmentation is a behavioral one. We target communities of early-adopters with high affinity with the platform we are testing, whether they fall into the Hispanic segment or the General Market segment.”