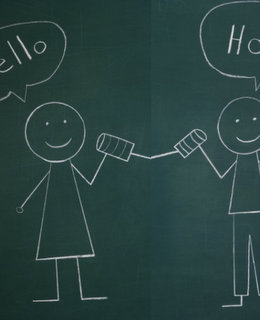 Hispanic Marketing: Spanish and/or English? That is the Question

It’s the first question anyone related to marketing to the more than 50 million of Hispanics in the U.S. deals with: Should market in Spanish, English or both? If this is such an important question why is approximately 90% of U.S. Hispanic advertising done in Spanish?

“Most media buyers I talk to at agencies tell me that to them a Hispanic media buy means advertising in Spanish-language media,” a source who did not want to be identified tells Portada. Is this going to change? Carmen Torres, Hispanic Media Supervisor at Tampa based 22Squared, says that “usually when people think about Hispanic advertising they automatically think Spanish-language media; however, I believe this perception may change soon.According to the 2010 Census, Hispanic population growth came from U.S. births rather than the arrival of new immigrants; therefore, we are starting to see more Hispanics identifying themselves as bilingual and English-Dominant.” Torres, who plans and buys media for retailer Publix, adds that “the fact that we are seeing a proliferation of English/Bilingual websites and traditional Spanish-language networks changing strategies to reach this target tells us how this market is changing and eventually we will need to move in that direction.”

It does not have to be Spanish or English but bilingual (Spanish and English). Vida y Salud, a new quarterly publication on health and lifestyle published by Vida y Salud Media Group is a so-called flip book. On one side the magazine is published in English and on the flip-side in Spanish. Many marketers also seem to be taking this approach: “Consumers who hear about our program and visit our site to learn more can navigate our site in both English and Spanish”, Ken Champa, Associate Brand Manager Kleenex Brand at Kimberley Clark, and one of the main persons who are responsible for the recently announced Kleenex initiative targeting Hispanic moms, tells Portada. Kleenex retail activations provide bilingual program information and consumer engagement. Regarding the English vs. Spanish debate, Champa notes that “any conversation about the general market has to include Hispanic consumers, and engaging Hispanic consumers in English is part of that.” “It’s our job too!,” he adds emphatically.

22Squared’s Carmen Torres stresses that language choice “depends on the objectives of the campaign. My advice is to thoroughly analyze and understand the target, before making any recommendation. Media interaction and language preference will vary; therefore, understanding the demographics and behavior of this target will help us better select the vehicles, content and language.”

Sports and particularly soccer, which are big ad revenue drivers, tend to be identified with Spanish-languagemedia (e.g. the magazine Futbol Mundial or the ESPN Deportes TV network) while themes such as technology and business tend to be catered to via English-language Hispanic media (e.g. business magazines Poder or Tech publication Hispanic Engineer & Information Technology).

“For 2011, almost 78% of all ad dollars in Hispanic magazines were allocated to titles whose editorial language was Spanish, and slightly over 20% to magazines in English. The numbers for 2010 were pretty similar as well,” says Carlos Pelay, president of Media Economics Group who publishes the HispanicMagazineMonitor™. Pelay adds that “another way to look at the issue of language is not just by editorial language of the magazine but by the language of the advertisement itself. Looking at it this way, the dominance of Spanish in Hispanic magazines is even higher: 85% of the ads in Hispanic magazines in 2011 were in Spanish, 14% were in English, and just under 1% were English/Spanish (see table on page 14). According to Pelay, “the reason why the dominance of Spanish is higher when we look at individual ads versus individual magazines, is that even for a magazine like Latina, whose editorial language is English, Spanish-language ads are very prevalent. In 2011, 48% of Latina magazine ads were in Spanish and 50% were in English.”

In 2012, there may be a bump in the share of ad dollars allocated to English language Hispanic titles due to the launch of Cosmopolitan Latina, a biannual magazine and website targeting English-dominant Hispanics published by Hearst (circ. 545,000), as well as a bump to English/Spanish titles due to the Vida y Salud launch. “Long-term, however, I do not see a significant shift of ad dollars away from Spanish-language titles since the major titles are fairly entrenched, “ Pelay concludes. Hispanic newspapers, have historically been a Spanish-language medium. But there definitely are exceptions. San Antonio’s English-language Hispanic weekly Conexión is one of them.

“When Conexión was launched in 2004 we researched and responded to the primarily third-generation market here,” Myrna Cortez, New Product Development Director at The San Antonio Express News (the publisher of Conexión) tells Portada. Although we have approximately 90% English content, we provide Spanish content for those readers who expressed a desire to improve their command of the language”. Cortez adds that “It’s possible that our first-generation market may grow substantially in the coming years. We are sensitive to trends which show us that we have a growing number of incoming Mexican nationals. These are families who either have moved to San Antonio or own additional homes here.”

The eternal Question
One argument of media buyers who oppose Hispanic specific English-language media buys is that English–language general market media already cater to English-dominant Hispanics. However, marketers may be making a mistake by believing that. There must be value in ‘in-culture’ English-language media. Says 22Squared’s Carmen Torres: “A Hispanic population that is bilingual or English-dominant should not lead us into believing that we can target them with the same message used to reach Non-Hispanics. Tapping into the Hispanic culture and passion points will be key in engaging with this consumer. This is the beauty of the Hispanic market.”

Branding Advantage
An advantage of Spanish-language media is that it distinguishes itself very clearly from general market English-language properties through language. Media language is a big differentiator and this makes for easier branding of the media property. It sends a clear message to clients and agencies.

Lucia Ballas-Traynor, CEO of MamasLatinas.com a parenting social media site launched earlier this year that has English and Spanish-language versions says that “early metrics indicate that the largest user segment is bilingual/ bicultural yet the biggest opportunity is around the Hispanic-dominant mom who has fewer options available to her.” “It’s still a little bit early to have definite results, but what we are seeing is a nice mix of Spanish-dominant, English-dominant and bilingual members. Ballas-Traynor adds that “besides language proficiency, we know that what is resonant/relevant to a Spanish- dominant Latina who is learning to navigate the American system and lives in an informational void is different from English-dominant, more acculturated Latinas who are interested in getting closer to passing on her cultural heritage and values.”

Is it English First in the Digital World?

Is the primacy of Spanish-language advertising overruled when it comes to the digital world? This is the case, although maybe for the wrong reasons.

“I think the new websites bring additional competition, which is good in any market. As always, some businesses will do well and others fail,” says Jon Byington, publisher of Latino English-language lifestyle site DosLives.com. According to Byington, “companies are looking to associate their brands with quality content that help connect and speak to their consumer. The websites that are able to accomplish this will have a much better chance of being successful than those that don’t cultivate a loyal audience.” “Some of the recent websites are still in beta mode or not fully launched and I look forward to seeing their “final” product,” Byington concludes.

Online Video and Branded Content
Online video, a rapidly growing category of online advertising, is used by many marketers to cater to the hip, young bilingual or English-dominant Hispanic crowd. “Social media and the online environment serves as the perfect example of how Latinos put content preferences first and language second,” Tommy Thompson, President of Inspire! in Dallas tells Portada. He adds that “Spanish language media is no longer the exclusive territory for reaching Hispanic consumers that now straddles across media and language. More and more advertisers need to develop that type of thinking and understand that it is less about language and more about relevant content.” Inspire! recently collaborated with McDonald’s and (content production and distribution company) DBG for a series of English-language webisodes called “Latinos are One.”

In an effort to reach the Latino teen market in the U.S. in a new and engaging way, McDonald’s needed a campaign that bypassed the traditional TV commercial. Their goal was to create an online ad that provided the consumer with content they would be able to stay connected with during the year-long campaign. Since music is so important to the target, this provided the perfect framework for a music-centered campaign that utilized a variety of Latino artists and producers.