What: Google and Viacom have reached a deal on a 7-year old YouTube copyright lawsuit.
Why it matters: The settlement reflects an increasing communication and understanding between the two companies related to important opportunities. (Note: A prior version of this article said that the settlement involves Google paying US$ 1 billion to Viacom. That is not correct. The financials of the deal have not been disclosed).

Google has settled a copyright lawsuit that Viacom filed in 2007, accusing the internet giant of posting its programs on YouTube without its permission. (Originally Viacom had filed a $1 billion lawsuit against YouTube and others in 2007, and eventually accused the Google unit of illegally broadcasting 79,000 copyrighted videos on its website between 2005 and 2008.)

Viacom alleged that YouTube was aware of the number of videos on its site stolen from Viacom’s TV networks such as Comedy Central, MTV and Nickelodeon. According to the New York-based company, Google had illegally broadcasted 79,000 copyrighted videos on its website between 2005 and 2008.

After many years of litigation, a federal judge finally ruled last year that the online video site didn’t have to police itself as long as it removed infringing videos when copyright owners gave it notice.

Viacom and Google Inc., which bought YouTube in 2006, say the settlement reflects an increasing communication and understanding between the two companies related to important opportunities.

Terms of the deal were not disclosed but reports state that no money exchanged hands. 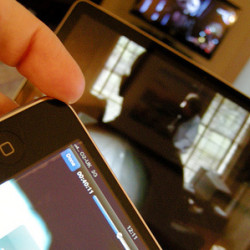