What: Facebook has bought Oculus VR, maker of the Oculus Rift virtual reality headset, for around US $2 billion.
Why it matters: With this acquisition , Facebook is preparing for an immersive social-networking experience that goes beyond the gaming focus.

Facebook has purchased Oculus VR, maker of the Oculus Rift virtual reality headset, for around US $2 billion in cash and stock, according to TechCrunch.

With this acquisition, Facebook is preparing for an immersive social-networking experience . “ I’m more inclined to believe that this is part of a larger hardware land grab that doesn’t necessarily have a clear endpoint in mind,” Facebook CEO Mark Zuckerberg said. He associates Oculus to “a new communication platform” and has a vision to extend far beyond the gaming focus.

The startup Oculus had recently announced its DK2 developer hardware, which is a step closer to a consumer product but isn’t quite there yet. Facebook’s offer seems to include stipulations that will continue its development of its virtual reality headset at Facebook, both for gaming and for “the most social platform ever,” according to a statement by  Zuckerberg. “It will change the way we work, play and communicate,” he said.

Internet companies are spending money on other things, besides platforms or virtual experiences. Intel closed its purchase of wearable health tech maker BASIS, and Google has recently bought Nest for US $3.2 billion as well as purchasing Motorola’s mobility division. It sold Motorola to Lenovo, but not before it extracted ATAP, a division that focuses on building advanced, connected next-gen hardware. Microsoft similarly picked up Nokia’s smartphone business, expanding its hardware arsenal.

Both Facebook and Google are interested in the future of the web, and this future doesn’t limit itself to apps on smartphones or pages in browsers.

These companies are much more competitors now than they ever have been in the past, and if one is betting on connected devices as the future of the web, the other is sure to follow. So, these bets are probably made in advance to set the purchasing companies up for a game on a board that isn’t yet clearly defined, and won’t take shape for at least another few years. Still, following the price tag, people might want a more specific motivation for this purchase.

“Oculus’s mission is to enable you to experience the impossible. Their technology opens up the possibility of completely new kinds of experiences,” Zuckerberg says. “Immersive gaming will be the first, and Oculus already has big plans here that won’t be changing and we hope to accelerate,”he added. 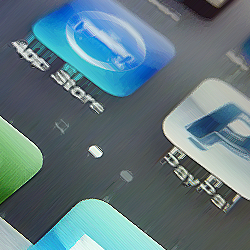