What: Continuing the trend of social media referral traffic gains, Parse.ly data shows the social network pulling ahead of Google by three percentage points in July, as happened last fall when Facebook moved ahead of Google in Parse.ly’s data for the first time.
Why it matters: Facebook beat Google as the leading source of referral traffic in June and in July extended its lead to three percentage points, 38.2 percent to 35.2 percent, according  Parse.ly.

Facebook has passed Google as the leading source of referral traffic in June and in July extended its lead to three percentage points, 38.2 percent to 35.2 percent, according to new data from Parse.ly, a content analytics platform serving some of the biggest publishers on the internet.

The same happened last fall when Facebook moved ahead of Google in Parse for the first time.

Parse.ly’s data doesn’t come from a huge sample. But the company said its 400 clients, including Fox News, Telegraph Media Group, Mashable, Business Insider, Condé Nast, The Atlantic and Reuters, are representative of the overall publishing market. And these results dovetail with others that show social media pulling ahead of search in referral traffic. 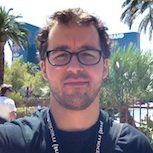 Of course, it remains to be seen whether Facebook’s advantage will stick. Martin Laprise, Parse.ly’s algorithms lead, provided some insight into how publishers should react to the new information:

Facebook passed Google in referrals for a brief period last fall, but then Google rallied. Are the signals different this time?

Do you expect Facebook to continue to be the top referrer?

Can you share data about the sites you are measuring? What type of clients do you have?

Martin Laprise: “Parse.ly works with nearly 400 digital publishers, almost all of them media publishers. Our clients include breaking national and local news sites like Fox News, Telegraph Media Group and Advance Digital; digital natives like Mashable, Business Insider and Vocativ; and many legacy media brands like Condé Nast, The Atlantic, Reuters, The New Republic and more. Parse.ly’s customers garner more than six billion page views per month and one billion unique visitors per month, and we’re analyzing readers’ actions (views and engagement); we’re parsing the the full text of each post; and we’re categorizing all of the metadata associated with the posts, like authors, tags and more. So we have one of the best (if not the best) digital publishing data sets available.”

Are you accounting for new clients coming on board over the time of your study?

Martin Laprise: “At Parse.ly, we see our clients as a representative sampling of all publishers. Since we work with so much data — 30 billion data events collected on a monthly basis, and growing — we feel comfortable with the assumption that the size of our data set will normalize any outliers from an individual client in the long run. Because we are looking to capture long-term trends, we choose not to tweak our sample in meaningful ways. For example, if we start to notice more and more publishers with a high ratio of traffic coming from Facebook, we see that this is a legitimate trend. We wouldn’t want to remove those publishers from the sample.”

Any other general comment about what these results indicate, especially for marketers?
Martin Laprise: “As part of a recent Authority Report, Parse.ly studied year-over-year referral traffic to our network. From 2013 to 2014, we learned that social media sites sent a seven percentage point increase in social referrals and a decrease in the amount of search traffic and linking sites (like other news outlets and aggregators).
Though these numbers fluctuate by publication, social media strategies certainly command attention from anyone trying to reach an audience. When done well, social engagement builds a positive relationship between digital publishers and their audience.
Social media also provides another source of insight into your audience. Understanding how your audience finds and shares content through social sites will help you put your readers first, an initiative we call “reader-first publishing.” The more you listen to your readers and let their needs inform your decisions, the more readers you’ll attract and the more interactions with readers you will find yourself having.There’s no denying that Facebook has come up the ranks of referrers — and editors and marketers alike can’t ignore it. However, network-wide trends do not apply to every site, nor to every post. The biggest recommendation we can give to any marketer is to not make assumptions about your audience, but to make sure you have the actual data on where the audience comes from.”

#Portada15: Hispanic Advertising and Media Award Finalists are In!