Facebook in talks to buy Waze for US $1billion 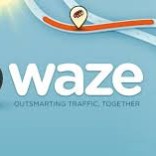 Facebook is very interested in acquiring mobile app Waze.  According to several Israeli media reports, executives of both companies have held meetings. It is estimated that the value of the deal will be between 800 million and one billion dollars.

Apple has previously expressed interest in Waze. Six months ago it  tried to buy Waze for 4oo million plus incentives for 100 million more, although the deal fell through.

According to industry sources interviewed by Business Insider, Waze “is an awesome, quickly-essential-to-users mobile app, and mobile “real estate” is what Facebook desperately needs.”  Waze is a crowdsourced map. Users turn on Waze and as they drive around, roads are drawn. They can tell traffic by how fast people are moving around on the roads via GPS.  Waze will improve Facebook’s local search, which is an increasingly important — and monetizable — application on mobile.