What: ESPN and the National Basketball Association (NBA) have reached a nine-year, multiplatform agreement to begin with the 2016-17 season and to be effective through 2024-25.
Why it matters: The deal will increase ESPN’s TV, Digital, Highlights, Data, Audio & International Rights significantly. ESPN Deportes will continue to provide the most extensive coverage of NBA in Spanish-language, across all platforms. In addition, NBA and ESPN will negotiate the launch of a new OTT offering (Over the Top) in which the league would receive equity interest. 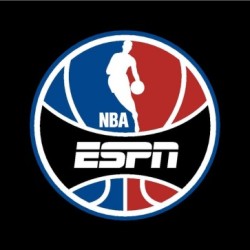 ESPN has reached a nine-year, multiplatform agreement with the National Basketball Association, beginning with the 2016-17 season, which will significantly enhance the company’s NBA rights and content offerings.

In addition, the parties have also established a framework for ESPN and the NBA to negotiate the launch of a new over-the-top offering in which the league would receive equity interest. Details for the new offering would be announced at a future date.

Apart from  this new service, the new and enhanced rights will also include: 10 additional regular-season games for ESPN or ABC bringing the regular season total to 100;10 more exclusive regular-season windows and Increased team appearances.

ESPN has also reached a multi-year extension for WNBA rights through 2025, which will include increased in-progress highlights on linear and digital platforms.

“The NBA has never been more popular and it continues to grow under Adam’s leadership. By acquiring significantly more NBA content for both existing and yet-to-be created platforms, we will establish a vibrant, year-round NBA presence for fans. For ESPN, this agreement continues our fruitful, longstanding relationship with the NBA and bolsters what is already the sports industry’s most impressive and impactful collection of media rights,”said ESPN president John Skipper.

This new agreement will ensure a 23-year continuous relationship between the network and league, which began in 2002. There are two years remaining on the existing rights agreement, which is effective through the 2015-16 season.ABC will also remain the exclusive home of the NBA Finals.

In Latin America, the Caribbean, Australia and New Zealand-this is ESPN International – ESPN will carry more exclusive regular-season and playoff games on ESPN platforms, including expanded weekend windows during the regular season, increased first and second round playoff coverage, and the NBA conference finals and NBA.