What: e-commerce multinational firm eBay is preparing to launch a fashion mobile app so as to enter Brazil’s online market.
Why is it important: Brazil is one of the strongest economies in Latin America and e-commerce is expected to become a very significant market segment.

eBay is about to launch its first fashion mobile app in Brazil, the Portuguese version of eBay Fashion, reported tech-news website ZDNet. The app will be available for iOS and Android and will allow users to browse and buy from a selection of new, designer, branded, and vintage merchandise. It will also include ensembles from fashion bloggers with items that can be purchased, as well as an image -based search feature.

This comes as a first step towards increasing its business in South America’s largest economy, as AllThingsD‘s Jason Del Rey reports. The app will feature both Portuguese and English versions. As Economic Times says, the Brazilian app will offer the same products as those on sale on eBay’s US site, but offering some special promotions for Brazilian customers.

eBay already has an active user base in Brazil: according to the company, in Brazil a pair of women’s shoes is purchased online every six minutes, and a handbag every four minutes. This means that around 37 million Brazilians use mobile internet these days, and by 2017 this number is expected to reach 96 million. According to consultancy eBit, e-commerce in Brazil hit 22.5 billion reais in 2012 (11.5 billion dollars), a 20 percent rise on 2011.

One of eBay’s competitors in Brazil would be the e-commerce and auctions website Mercado Livre (already 25 percent-controlled by eBay). Luis Arjona, eBay’s head of local operations, said an acquisition of the Argentine firm might be a possibility. On the other hand, Mercado Livre is known for its sluggish buying experience, bad translations and difficult proprietary payment mechanism, so a new, simpler plaftorm with renowned PayPal payment system would surely attract many online shoppers.

Also, eBay would have to consider multi-brand retailer Dafiti, which due to a $70M foreign investment is consolidating its presence in Brazil’s online market. 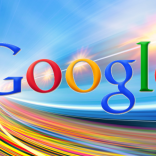 Research: Why Is Google Not Loved by Hispanics?