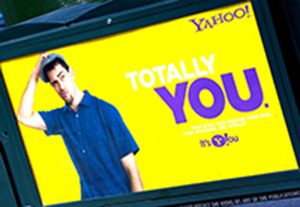 With the announcement last week that it was closing offices in Latin America, Yahoo’s Q4 2015 earnings and new statements by Yahoo CEO’s Marissa Mayer’s about the company’s 2016 strategic plan are in the spotlight. The digital media, marketing and financial communities are all analyzing Yahoo’s next steps…Four things you need to know.

Search, E-Mail and Tumblr, which Yahoo acquired in 2013 but in the earnings announcement wrote off by US $230 million, are the cornerstones of Yahoo’s expansion strategy. Mayer also mentioned that Yahoo’s online video company Brightroll would also play an important role.

News, Sports, Finance and Lifestyle are the key content verticals Yahoo is going to invest in.

According to Mayer, Yahoo’s growth strategy is now going to focus on the United States, Canada, U.K., Denmark, Hong Kong and Taiwan markets. Surprisingly, Marissa Mayer did not mention any other European markets but the U.K (e.g. Germany). BTW: the Americas make up 80% of Yahoo’s revenues when looking at the geographic breakdown. As part of the increased focus on key products and markets, Yahoo will reduce its workforce by 15%, bringing its workforce down to 9,000 employees, and close 5 offices (Dubai, Mexico City, Buenos Aires, Madrid and Milan). The product and market exits will impact approximately US $100 million in revenue and reduce operating expenses by US $400 million.

The product and market exits will impact approximately US$ 100 million in revenue and reduce operating expenses by US $400 million.

Yahoo’s revenue growth in the fast growing digital media space only amounted to 2% in Q4 2015 compared to the same period a year before. With the Mavens (See below, mobile, video, native and social) growing by 26%, this means that the traditional desktop display advertising business is stagnating. Display advertising still makes up almost 50% of Yahoo’s total revenues.

Mavens, is the word Mayer coined to describe mobile, video, native and social, when she took the helm at Yahoo 3 years ago. In fact, Mavens did drive Yahoo’s growth during the fourth quarter of 2015. These units grew nearly 26 percent year-to-year to US $$472 million in the fourth quarter. Yahoo expects Mavens to exceed US$ 1.8 billion in 2016. If they reach that level, they would still amount to less of 40% of Yahoo’s total revenues. Compare that to Facebook which in 2015 had US $17.93 billion in revenues (and almost US$ 3.7 billion in profits!). More importantly in Q4 2015 80% of Facebook’s revenues were generated by mobile sales, meaning that even if Yahoo reaches its goal, the MaVenS share will be much smaller than Facebooks.

Within Mavens which is interesting to see that native revenue grew to US$ 160 million by 55%. Native advertising are place in stream and in a similar way to the editorial content of the property it is placed on. Yahoo’s growth rate shows the success of their own efforts but also the tremendous growth native is experiencing right now.

RESEARCH: Star Wars Propels Disney’s to Most Powerful Brand, Apple is Most Valuable