What: Analytics company Datalogix has raised US $45 million in a  funding round led by Wellington Management Company. Datalogix collects real-world sales and costumers’ data and sells that information to advertisers who anonymously target consumers online, for digital marketing campaigns.
Why it matters: Datalogix is planning to use the funds to improve its set of audience and measurement products for a growing list of customers.

The analytics company Datalogix, known for its ad partnerships with Facebook and Twitter, has raised a US $45 million series C round, to improve its set of services that help advertisers target consumers. Datalogix is preparing for an upcoming initial public offering later this year.The financing round was led by Wellington Management Company and joined by existing investor Institutional Venture Partners. The company raised US $25 million last month backed by venture capitalist Jim Breyer’s Breyer Capital. Sequel Ventures is also a shareholder.

Datalogix collects real-world sales and costumers’ data and sales that information to advertisers who anonymously target consumers online, for digital marketing campaigns. This data also allows digital ad sellers like Twitter and Facebook to measure the sales impact of their ads for marketers.

According to the release, Datalogix will use the funds to expand its set of audience and measurement products for a growing list of customers. Its´ database includes information about almost every U.S. household and more than US $1 trillion in consumer transactions.

The company signed a deal with Facebook in 2012, similar to that with Twitter,that gives marketers access to 300 different audience segments for targeting ads. Just by using Datalogix’s DLX OnRamp tool, clients can build out Facebook audiences,according to AdWeek. Twitter first went to Datalogix for measurement of ad campaigns, but later broadened the partnership to ad targeting early this year.

“We see a growing opportunity to enhance marketing by tightening the connection between media exposures and consumer product purchases, and this funding will be put to good use in building the dialog between brands and their best customers and prospects,” Datalogix CEO Eric Roza said in a statement.

Datalogix reports that its revenue has grown 50 percent since April 2013 with products that span video, mobile, social and display.its´main ad data providers competitors include: BlueKai, Acxiom and Epsilon. 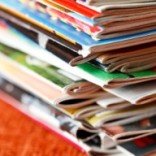