What: Fronteras Ventures has established as a new, US based licensing agency for the famous animated Latino personality “Condorito.” The character identified as “Ours” by more than 85% of Hispanics when compared with Mickey Mouse.
Why it matters: In light of brand licensing becoming a growth business, Fronteras Ventures has big plans in store to help US manufacturers find new consumers through their affinity with ‘Condorito and Friends.’In addition to Condorito’s merchandising license, Fronteras has a  motion comic/digital version of Condorito for all digital platforms (web, tablets and mobile.) 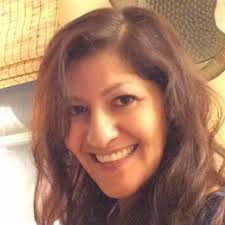 On a written interview with Portada, Milka Pratt, Co-Founder, Licensing Director Fronteras Ventures, said that although the newspaper Fronteras is still coming out, it is not part of Fronteras Ventures . “We choose that name, since both companies began with Kent Kirschner’s idea, same founder and our friend. Besides, we like that name.”

Milka Pratt: Yes, Condorito has licensees agents in virtually each country in Latin America, but we must bear in mind that this is the most important and known cartoon character in the industry, which has also a strong presence on social networks like Facebook and Line with millions of followers. Now, what we aim from the US, which is home to the headquarters of many global companies, is to start managing businesses that include not only the market in this country, but also of all countries in Latin America.

Milka Pratt-What we aim from the US is to start managing businesses that include not only the market in this country, but also of all countries in Latin America.

Portada: What is Fronteras Ventures realm and what other properties represent?

Milka Pratt: In addition to Condorito’s merchandising license, we also have a motion comic/digital version of Condorito for all digital platforms (web, tablets and mobile) and additionally, we have the rest of the characters that are also very popular: Coné, Yayita , Yuyito, and the rest of his family and friends from Pelotillehue.

Portada: Which type of client may be interested in licensing Condorito?

Milka Pratt:  All manufacturers of products for Hispanic families and service companies that want to reach this market because , as mentioned earlier, the character is extremely popular in Latin America. There are even studies in USA which position this character as the second most recalled Latin American brand in this audience.We should keep in mind that the vast majority of Latinos who immigrated to USA grew up reading and laughing with Condorito. Therefore are very fondof him. If companies want to reach the Hispanic market, what better way to do it than having Condorito as their ‘Brand Embassador.’ Especially now that there are several projects in the pipeline, which include films and television series, among others.

Release of 2015 Soccer Marketing Guide kicks off Countdown to #Portada15!