Retail research firm The NPD Group has moved Mark Turim, previously President and General Manager for its Asia Pacific business, to the same role in Latin America as part of a drive to expand its business in the region. Turim will lead and develop NPD businesses in Latin America, and also joins the board of directors of Segmenta, a research firm tracking the beauty industry in which NPD recently invested. Segmenta is present in Mexico, Argentina, Brazil, Columbia, Chile, Peru, Venezuela, and Uruguay.

Ogilvy South Latin America has appointed Germán Yunes as its new CEO. Yunes has been working for the company since 2008, when Ogilvy bought Yunes´agency Yunes/SMA in Cordoba, Argentina. Yunes will report to Marcos Golfari, Regional Director for Latin America and Rafael Barbeito, CEO of Ogilvy Argentina and Cesar Agost Carreño, CEO of Ogilvy Chile will report to Yunes. 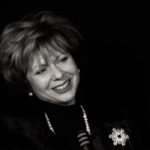