Halim Trujillo has departed his post as the Managing Director of Multicultural efforts at Mindshare in Chicago. He joined Mindshare’s Multicultural practice in New York in 2007. In the summer of 2008 he moved to Chicago, to lead Mindshare Multicultural there.

Luca Bentivoglio has been promoted to chief operating officer of LATV, replacing Howard Bolter. Bentivoglio, will now be charged with the day-to-day operations, including the oversight of advertising and affiliate sales, programming, business development and production, among other duties.

Bloomberg has hired yet another executive Ien Cheng, a director of product management at Google, who was responsible for the company’s ad products in Europe, the Middle East and Africa, will join Bloomberg as the chief of staff of its multimedia group. At Bloomberg, Cheng will join former Yahoo executive Kevin Krim, who was hired last month to run Bloomberg.com.

ZGS Communications announced that Manuel Cervantes has been named General Manager of KNSO Telemundo Fresno. ZGS and Telemundo recently strengthened their strategic alliance by, along with other initiatives, entering into a long-term agreement for ZGS to operate the station in Fresno beginning May 1. Before ZGS began operating Telemundo Fresno, Cervantes served as the Acting General Manager and Vice President of Sales for the station, prior to holding that position he was the Sales Manager.

Vote for Panregional Award! These are the Candidates: 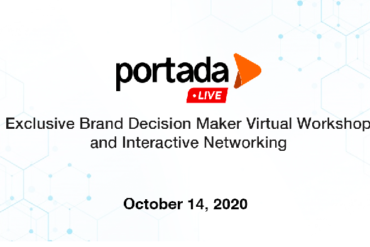