What? AT&T launched a new billing program called Sponsored Data Monday, the program allows content providers (e.g. Netflix) to pay for mobile data costs so that the consumer does not have to bear these costs.
Why it matters?  The billing program is controversial because it could make consumers gravitate to the websites, apps and videos from the big internet brands that will pay the bill. 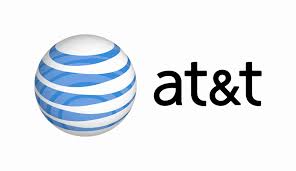 AT&T launched a new billing program called Sponsored Data Monday. The wireless carrier announced at the CES, the Consumer Electronic Show currently taking place in Las Vegas, that it plans to let businesses and developers cover the cost of data charges for specific apps and videos so customers can access these services for free.

The program enables to shift mobile data costs from the consumer to the content provider.

Under the program a content or service provider would pay AT&T to exempt their app, websites or even specific bits of content from consumers’ mobile data plans. Anytime someone consumed such exempted content on the mobile network, AT&T customers wouldn’t see it deducted from their data buckets. Instead, AT&T would subtract that data from a kind of universal data pool bought by the content provider.

AT&T gave several examples about how this model could be used not only to spare its customers’ data plans, but also give developers more opportunities to expose their content to the public. AT&T can track and charge for almost any kind of content through its policy engines. According to an AT&T spokesman, a proxy server in AT&T’s networks match content requests from the phone or tablet against sponsored requests from content provider in real-time and then bills accordingly.