NEW ARRIVALS: Cross-screen data management platform (DMP) Lotame announced the appointment of Mike Woosley as Chief Operating Officer. Woosley has more than 15 years of experience in the tech industry, having served as the CFO of Advertising.com from its beginning until it was sold to Time Warner in 2004, and has plans to help the company expand its international presence and increase sales. 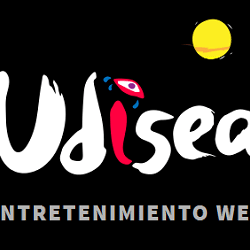 HISPANICS TO ROCK THE VOTE IN 2016: Recode.net put together a fascinating report on the vital role that Hispanic voters will play in the 2016 elections because of their significant digital video and mobile consumption. There are 58 million Hispanics in the US, and while that number rises, it is expected that they will make up 10 percent of the vote in 2016. A Nielsen report reported that Latinos account for an average of 10 million mobile video views per month. And the average Latino spends eight hours every month watching online video — 90 minutes longer than the U.S. average. So what will campaigns do? Reach out via data-driven, programmatic advertising, and anti-ad blocking to reach be sure their messages reach this key demographic.

MADAME PRESIDENT: U.S. Hispanic agency LatinWorks is promoting Christy Kranik to President-CCO after the  departure of Sergio Alcocer. Kranik will have big shoes to fill, but as she was already in charge of account management, media and new business, taking on the creative and planning departments should be a natural fit.

SPANISH SELLS: According to a study by the Association of Hispanic Advertising Agencies, Spanish-language advertisements contribute more to the growth of the automotive sector than English-language ads. Less money needed to be spent on Hispanic media than English media to achieve the same growth in total market annual revenue.

APPNEXUS EXPANDS LATAM RELATIONSHIP WITH MICROSOFT: Microsoft has announced that it will be increasing its use of AppNexus‘ publisher suite for programmed ads, expanding from 39 to 58 global markets including many Latin American countries. AppNexus bought Real Media Latin America as a part of that effort in June of this year. With the announcement, AppNexus becomes Microsoft’s technology and programmatic sales partner in Bolivia, Costa Rica, the Dominican Republic, El Salvador, Guatemala, Honduras,  Paraguay, Uruguay, Venezuela and Vietnam. AppNexus will exclusively represent and be the ad tech platform (programmatic) for Microsoft display and Microsoft app-based ad inventory on MSN, Outlook, Skype, and Xbox, as well as third-party Windows, Windows phone, and Xbox apps inventory within these markets.Additionally, AppNexus will work with local sales units to direct Microsoft ad inventory in Argentina, Chile, Colombia, Ecuador, Peru. In July, Microsoft Advertising announced that it will outsource its advertising sales to Verizon/AOL in most major global markets, including Brazil, and use direct sales and AppNexus in Spanish-speaking Latin America. The latest announcement expands the amount of Latin American countries where AppNexus will be selling programmatically. Portada has also heard that the panregional direct sales team out of Fort Lauderdale will be mostly dismantled.

INFLUENCER MARKETING INVESTMENT: Fluvip, a Colombian startup that connects brands with relevant influencers for digital advertising campaigns, has received $2.5 million from investors led by Cisneros Interactive and Velum Ventures to expand operations in Brazil and the United States. Fluvip was launched in 2013 with an initial investment of $50,000, which implies that they’ve made quite a bit of headway in just two years… 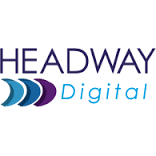 programmatic platform Headway Digital celebrated its fifth anniversary in Buenos Aires last week. The company, which exclusively represents MediaMath in Spanish-speaking Latin America,  was the first of its kind in the region, and has now developed its own technology, operations in 14 countries and taken on more than 120 employees from 25 different countries. Congratulations!

LATAM EARLY ADOPTERS PAY OFF: Cisneros Interactive mobile ad company Adsmovil released information indicating that their programmatic advertising, which they began offering in July, accounts for 8% of the company’s revenue in Latin America. Alberto “Banano” Pardo, CEO, attributed much of this to Brazil and Mexico, which are early tech adopters. 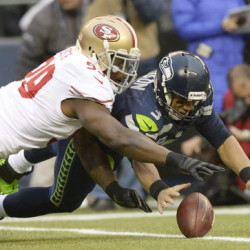