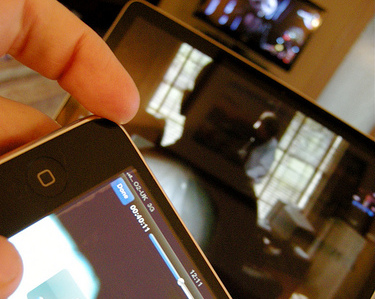 What: Multichannel video subscriptions fell by 251,000 to about 100 million during 2013, marking the first full-year decline, SNL Kagan reports. Separately, the number of broadband subscribers continued to grow, with a net addition of 2.6 million new customers.
Why it matters: The annual dip illustrates a longer-term downward pressure despite any economic improvement. The video market is far closer to the saturation point than the broadband market.

According to a SNL Kagan  report, the US multichannel segment declined in subscriptions, estimated for cable, DBS and telco offerings at the end of 2013. While quarterly declines have become routine for industry watchers, the annual dip foresees a longer-term downward pressure despite any economic improvement. The trio of platforms’s total indicates that service providers collectively missed 251,000 in 2013, dipping to 100 million combined subscriptions. The industry added 40,000 video subscriptions in the fourth quarter, slightly weaker on a year-over-year basis and not enough to balance the broader downward momentum.

US video subscribers and Household trends

However, the fourth-quarter subscription bump did not carry enough magnitude to lift the penetration rates sequentially.Housing formation was modest but still outpaced new subscriptions. Temporarily occupied and occasional use housing units produces a sequential net gain of 197,000 occupied units to nearly 115 million at year-end.

The video market is far closer to saturation than the broadband market. However, evidence suggests that most people get over-the-top (OTT) video to complement video services from traditional, providers, and that OTT viewing is supplemental.

Separately research by the Leichtman Group established that the number of broadband subscribers continued to grow in 2013, with a net addition of 2.6 million new customers. The seventeen largest cable and telephone providers in the U.S., representing about 93 percent of the market, acquired over 2.6 million net additional high-speed Internet subscribers in 2013. Annual net broadband additions in 2013 were 95 percent of the total in 2012.

“At the end of 2013, the top broadband providers in the US cumulatively had over 84.3 million subscribers, adding 2.6 million subscribers in the past year,” said Bruce Leichtman, president and principal analyst for LRG. “With top Telco providers focused on upgrading customers from DSL to fiber broadband services, cable providers accounted for over 80 percent of the net broadband adds in 2013.”

Twitter expands TV Conversation Targeting for the US Hispanic Market

Pay TV’s LatAm CEOs Speak Out on Opportunities and Challenges