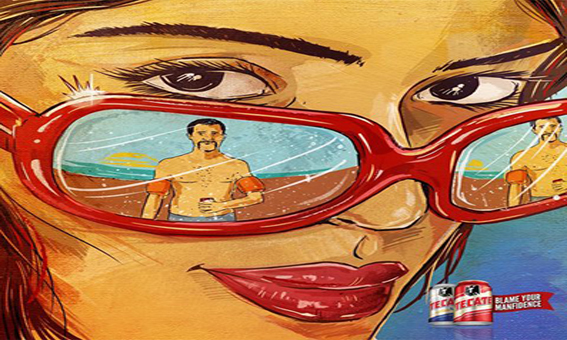 8 Things to know about Tecate’s Manfidence Campaign on Facebook

Facebook’s Hispanic specific strategy got more visible this week through a partnership with beer brands Tecate and Tecate Light. The “Manfidence” campaign is also the first time Heineken owned Tecate uses a social media platform as the main element of a marketing campaign.

This is the first time Tecate leveraged a social media platform to provide creative and media guidance to bring its positioning to life in a way that is relevant to bicultural Hispanic men 21-34. Additionally, it’s the first time Facebook’s Anthology program – a Facebook creative unit that creates original content – has developed a U.S. Hispanic campaign. Tecate worked with MV42, on media recommendations to promote the campaign’s illustrated posts and videos running now through Dec. 31, 2014. 8 things you need to know about this Hispanic Social Media effort.

Bicultural Hispanic men who are 21-34 years old. In other words, Millennials. 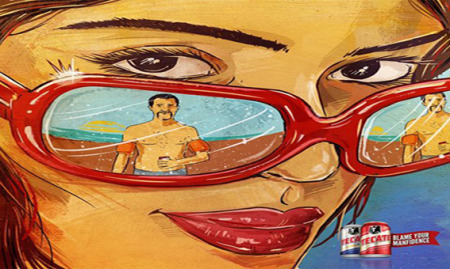 According to Gustavo Guerra, Brand Director at Tecate, Tecate does not have an owned digital media property for the Manfidence effort. It preferred to use its Facebook site. “We partnered with Facebook for this campaign because of their strong Hispanic affinity. With 26 million Hispanic users, they have extensive insights on the type of content that resonates with this audience. We worked closely with Facebook and its Creative Shop on the creation of three videos and illustrated posts, ” Guerra, tells Portada. “Considering that more than 80% of our target consumers are on Facebook, this is the ideal platform to interact and dialogue with our consumers,” Guerra adds. “The campaign lasts for 9 weeks—the campaign’s illustrated posts and videos running now through Dec. 31, 2014. Each week, there is new featured content showcased which comes in the form of either Image Posts or Video posts. Each of these illustrated posts tells a story that exemplifies Manfidence. Facebook’s Creative Shop captured this essence through illustrated posts which were two times more engaging than prior creative,” says Rodrigo Salem, Senior Client Partner (US) at Facebook.

3. Usage of the Hispanic Affinity Segment

The amplification of the message through Facebook’s 26 million U.S. Hispanic Affinity segment is a crucial element of the Manfidence campaign. This allows not only to target Facebook’s Hispanic members on Facebook but also to follow them on other web properties through display and video advertising linking back to the Facebook.com/Tecate page.

Manfidence, a concept Tecate created in partnership with Dallas based ad agency iNSPIRE, is an attitude that is shared by men who are confident, comfortable in their own skin, dynamic, and clever. Facebook’s Creative Shop, called Anthology, captured this essence through illustrated posts, which were two times more engaging than prior creative. Anthology, a Facebook creative unit that creates original content, was used in the Hispanic market for the first time.

5.The Language: All English but ‘suegro”

“We know our target consumer moves fluidly between English and Spanish. However, given that close to half of our consumers (47%) prefer English as their online language, we chose to narrate the videos in English, and include the Spanish word ‘suegro’ as it is a term that is understood by all biculturals”, says Tecate’s Gustavo Guerra.

The video series depicts how a man with Manfidence can handle difficult situations involving the in-laws. The 30 seconds clips are available on Tecate’s Facebook page.

7. Testing: In LA and Houston

Tecate’s Guerra notes that “before developing the campaign, we tested the Manfidence concept with consumers in Los Angeles and Houston. We received great feedback on the meaning of the word and its relevancy among men; it was a concept that they easily identified with. Based on this feedback, we moved forward with the OOH and radio components {see point 8 below} and are wrapping up the year with the Facebook videos and posts. We are very excited about our collaboration with Facebook and so far, the posts and videos have generated engagement rates that are beating industry standards by 4 times.”

The Facebook Manfidence effort is backed by a substantial off-line media campaign. The off-line Manfidence campaign includes English and Spanish language :30 radio spots that bring this attitude to life. This is accomplished through various examples such as a man with enough manfidence to be in a jacuzzi with six girls and uses a “man bag” as a cooler for his Tecate and Tecate Light beers. These spots are aired throughout the sunbelt states including Arizona, Texas and California. The OOH is featured in the same geographic areas and includes situations that any man with confidence and wittiness could face such as “Spend countless hours grooming your chest hair? Blame your Manfidence.”