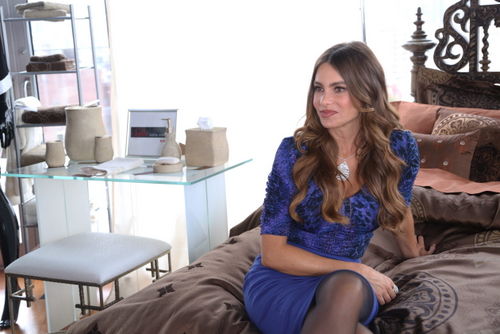 Sofia Vergara, top-earning actress on US TV (again), according to Forbes Celebrity 100 list

What: Actress Sofia Vergara is the top-earning actress on TV for the second year running, according to the rankings of the 14th annual Celebrity 100 list compiled by Forbes. Vergara earned US $30 million in endorsements.
Why it matters: Most of Vergara’s brand licensing deals are used to heavily pursue the Hispanic demographic. Companies that used Vergara because of her bilingual and strong cross-over appeal include Kmart, Pepsi, Comcast, State Farm, Rooms To Go and Cover Girl.

According to the rankings of the 14th annual Forbes Celebrity 100 list, Sofia Vergara, the star of popular comedy series Modern Family, stands out as the highest-paid actress on prime-time television, for the second straight year. Over the past year, her earnings reached US $30 million, due not only to her work on TV projects, but also endorsements and licensing deals.

Vergara, who in 1998 cofounded Latin World Entertainment (along with Luis Balaguer), a Hispanic talent management and entertainment marketing firm, has signed some endorsement deals that establish her as one of the most in-demand spokespeople, sought-after by marketers because of her undeniable cross-over appeal. Diet Pepsi, CoverGirl, Rooms To Go and thyroid medicine Synthroid signed contracts this year, in addition to Spanish-language commercials for laundry detergent (ACE), as well as Comcast and State Farm insurance.

Both her endorsement and licensing deals with Kmart aggresively target the Hispanic demographic.