John Paton Joins Board of ‘The Guardian’

John Paton, CEO of Digital First Media, has been appointed non-executive director to the Guardian Media Group (GMG) board along with Ronan Dunne, CEO of Telefónica UK Limited (O2), ‘The Guardian’ announced today on its website.

“We are delighted to welcome Ronan and John to the GMG Board,” said Amelia Fawcett, chair of GMG, in a prepared statement.

Paton is the co-founder of impreMedia; a director of Canada’s largest newspaper company, Postmedia Network, a member of the Board of Advisors for the City University of New York Graduate School of Journalism and member of the board of directors of Spanish newspaper El País.

Ronan Dunne has been CEO of Telefónica UK and a member of the Telefónica Europe plc board since April 2008. Prior to this he was chief financial officer and head of finance, having joined O2 prior to its demerger from BT in 2001.

GMG’s core business is Guardian News & Media, publisher of guardian.co.uk, as well as guardiannews.com and the Guardian and Observer newspapers. 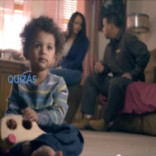