Former Omnicom Media Group (OMG) digital boss Damian Blackden has been hired by GroupM agency Maxus to the role of global chief strategy officer.Reporting to Maxus chief executive Lindsay Pattison, Blackden will join the agency’s global management team, collaborating with regional CEOS and digital leads to develop strategy across the network.He will also oversee Maxus’ creative tech division Metalworks, focusing on its positioning and “delivery prioritisation” for the unit.Blackden spent over a decade at Zenith Media. He became president of digital at OMG, including management of the group’s digital and data businesses Annalect and Accuen.Most recently, Blackden co-founded London and Hamburg-based cross-device, cookie-less tracking business, Device9. 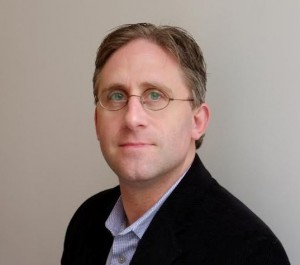 Michael Lampert has joined 360i, part Dentsu Aegis Network, as SVP of Media and Account Management, effective immediately. Based in New York , he will report to agency President Jared Belsky. In his new position Lampert will be responsible for building client relationships while developing media and communications programs for clients. He’ll also help shape the agency’s evolving offering as the digitally-centric agency takes on more lead media agency assignments as it has for brands like Pernod Ricard USA and Spotify. He most recently served as a Managing Partner at MediaCom. Prior, he was VP, Group Director of Media at Digitas in New York. He has also held positions at Omnicom Media Group, Universal McCann and MPG/Media Contacts.

Chris Kelly has been promoted to Chief Creative Officer at digital marketing agency Organic. Prior to that, he was executive creative officer of the agency’s New York office. He will now oversee creative for Organic’s four offices nationally. Kelly joined Organic in 2012.

Tim Love has been named chairman of the board of advisors at marketing agency BoomAgers. Love was previously vice chairman of Omnicom Group and CEO of its Asia Pacific, India, Middle East and Africa regions before retiring in April 2013.

SURVEY: Is There Enough Collaboration Between Agencies? Brands Don’t Think So!