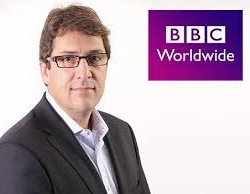 Fred Medina, executive VP and managing director of BBC Worldwide for Latin America and the US Hispanic market for the last three-and-a-half years, is to quit his position on 1 July.During his time at BBC Worlwide, Medina was in charge of all the business areas in the region, including channels, content sales, digital platforms, formats and co-productions, leading the company across Latin America and the US Hispanic market from Miami.”I’m honoured to have led the reorganisation process of BBC Worldwide Latin America, which has consolidated different business in the region and brought content to million homes through several platforms,” stated Medina. “But now is time to look for new professional challenges.” “Fred established and led a team which reverted our business in Latin America,” added Paul Dempsy, BBC Worldwide’s president for global markets. “He helped BBC’s brand to grow and created a solid base for the company’s future.”

Univision Communications Inc. has appointed Mark Lopez executive vice president and general manager, Univision Digital, effective May 1. He will be based in Miami and report to Isaac Lee, president of news and digital for UCI and CEO of Fusion.In his new role, Lopez will lead business responsibilities for Univision Digital across platforms, working closely with Univision’s established sales, product, technology, and content teams. He will also be responsible for ensuring that Univision continues to be a profitable digital business and develops new sources of revenue and innovative multiplatform experiences and opportunities, including entering the native advertising market, expected to grow substanciaally in 2015.Read more.

GlobalHue,a full service integrated marketing agency, has announced the hiring of Chris Surrey, as Executive Creative Director, as well as Creative Directors Mallie Mickens and Phillip Shung.In previous roles, Surrey, Mickens and Shung were associated with GlobalHue for different initiatives for several clients, making the transition to full-time employees organic and fluid. Surrey will lead the agency creative team. He previously work for brands like Domino’s, Ford and Chevrolet. Mickens and Shung are both well-known art directors. They have worked for various global brands, including Adidas and Sony Music. The creative team joins the agency from Pixod Interactive Studio.They have previously  worked in brands like Chevrolet, Cadillac, Intel and American Express in traditional and digital capabilities. 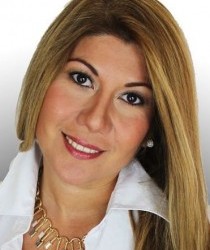 ZGS Communications has appointed Carmen Moras General Manager of holaciudad.com. Moras will report to Ronald J. Gordon, CEO of ZGS Communications, beginning Monday, April 20.Moras began her career as an advertising sales operator at the Pan-American Sports Network in Miami. She then moved on to E! Entertainment Television Latin America and most recently served as the digital manager for Terra Networks in Miami. 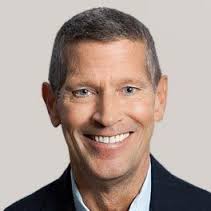 Chris Zarkowski has been promoted to the newly created position of senior VP, Hispanic Group advertising sales at NBC Universo cable network. He will report to Mike Rosen, executive VP, advertising sales, News and Hispanic Groups, NBCUniversal. Czarkowski was previously VP, Entertainment Advertising Sales Group, where he oversaw cross-platform and branded entertainment opportunities for NBC, USA and Syfy networks. Prior to joining NBCU in 2008, he served in a variety of sales roles at Discovery, Turner Broadcasting and Eurosport.
Harish Peri has been named senior VP of product marketing overseeing ratings and planning products at Nielsen. Peri will be based in New York and report to Megan Clarken, executive VP, global product leadership, and Marcy Shinder, chief marketing officer. Peri was most recently senior director of product marketing and solutions at Salesforce.com. Prior to that, he held assorted roles at Blackrock and at UBS.