Telemundo has hired David Alvarado as vp of entertainment publicity. A former EMI Music/Capitol Latin executive, Alvarado is based in Miami and reports to Alfredo Richard, svp of communications and talent strategy. In his role, Alvarado is responsible for leading the publicity efforts for Telemundo’s alternative and prime time programming and productions, as well as working closely with the talent department to position Telemundo’s stars across electronic, print and online media platforms.

Adam Weinstein, a former editor for Gawker, Salon, Mother Jones and The Village Voice, has joined Fusion (the ABC News/Univision joint venture) as homepage editor. Weinstein will be based in Miami and his first day is June 3.

Telemundo Station Group announced today the appointment of Robert Sarabia as Vice President of Sales for KTMD-TV, Telemundo’s local station in Houston, effective immediately. In his new role, Sarabia will be responsible for overseeing the station’s sales department and leading the staff to fully utilize Telemundo Houston’s media offerings for advertisers.

Lauren Johnston has been named digital editorial director at New York Daily News. She will oversee analytics and data collation, social media and SEO. Johnston will also aid with training initiatives, systems collaboration and the implementation of new multimedia tools. She previously served as the paper’s digital managing editor.

Sensis, a cross-cultural advertising agency with digital at its core, added two new directors to its executive team. Polly Beale joins the agency as creative director while >Joe Hydeis the new director of technology.

Allan Peretz has joined MARS Advertising as Senior Vice President, Client Service and eCommerce.  In his new role, Peretz will have client service responsibility for Walmart and will also lead the continued evolution of MARS’ eCommerce capabilities. Peretz joins MARS from Procter & Gamble and brings with him with over 16 years of experience in Shopper Marketing, Brand Management, Digital Marketing, eCommerce, and IT. 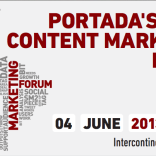 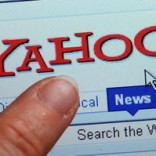