FAV! Network, a recently launched digital entertainment company created to bond global content creators, audiences and advertisers around the diverse Latino cultural DNA, announced the appointment of former MundoFox President Emiliano Saccone to the post of COO.
Alejandro Burato, FAV’s CEO commented, I’m excited to have Emiliano Saccone join FAV!,” Burato added. “I couldn’t wish for anyone with a better track record in producing content and reaching Latino audiences across Latin America and the U.S.”. FAV! is founded by a team of private investors and CEO Alejandro Burato with offices in Los Angeles, Buenos Aires, and Central America.

Procter & Gamble Co. has named Kristine Decker to oversee its US $3 billion-plus U.S. media expenditure.Ms. Decker, brand director-North America Brand Operations, had previously been brand director-North America Pet Care. She’s been transitioning into the media role under Jodi Allen, former VP-North America Brand Operations, who has been overseeing North American media directly following departure of P&G’s former media executive Julie Eddleman. Ms. Decker hadn’t been a media specialist prior to her current role. She was marketing executive on P&G’s Walmart team who oversaw the company’s “Family Movie Night” collaboration, in which P&G and the retailer created commercials for the TV movies that ran on NBC. Ms. Decker had also been a brand manager on Swiffer.Publicis Groupe’s Starcom Mediavest Group handles media-buying duties for P&G in the U.S. and communications planning for most brands in North America. Carat, a unit of Dentsu Aegis Network, handles media buying in Canada and communications planning for some brands in North America.Ms. Decker will report directly to Carolyn Tastad, Sales executive and the company’s former Global Customer Development Officer. 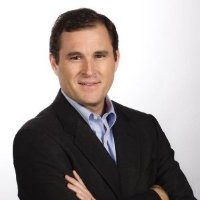 Telemundo Phoenix has named Andrew Deschapelles Vice President of Sales, effective immediately. Deschapelles will be responsible for developing and implementing all local, national and digital sales strategies for the local Telemundo stations in Phoenix and Tucson.Deschapelles has over 20 years of experience in the broadcast sales industry. Prior to this, he worked at Univision Arizona / KTVW as Director of Sales from 2013 to 2014. He joined Univision Arizona in 1997. Deschapelles began his career at Univision Communications as a Regional Account Manager in 1991.He received his bachelor’s of science degree in Business Administration from the Kogod School of Business at American University. 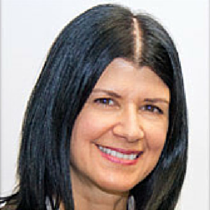 Univision Communications Inc. (UCI) has appointted Chiqui Cartagena to the position of vice president in the Political and Advocacy Group, effective immediately. She will report to Joe DelGrosso, executive vice president of Political and Advocacy Sales. She will continue to be based in New York and work closely with the UCI team in Washington D.C. as well as UCI General Managers in key markets.In this new role, Cartagena will provide thought leadership and strategic guidance to help political candidates and advocacy organizations reach and engage Hispanics.A Hispanic media and marketing pioneer with a broad range of experience, Cartagena most recently served as vice president of Corporate Marketing for UCI. Prior to Univision she served as senior vice president of Business Development for Story Worldwide, a digital content marketing agency. Prior to that role, Cartagena was the managing director of Hispanic Ventures at Meredith.

Juan Fina has joined Radio Caracol 1260 AM in Miami as General Sales Manager of the station.Mr. Fina began his career in radio at the Hispanic Broadcasting Corporation (now Univision Radio) in 1999 where he proved his excellence in the medium by consistently bringing in new clients and surpassing annual budgets. In 2001 he moved over to Spanish Broadcasting System and remained there until recently; his latest position held being that of General Sales Manager.Juan Fina will report to Daniel Anido Diaz, CEO for PRISA Radio USA.