Julio Saenz is the new General Manager of Mundo Hispanico in Atlanta. Saenz will now lead the Cox Communications (Atlanta Journal Constitution) owned Spanish-language weekly as well as several other  Spanish-language publications including magzines Mundo Legal and Mundo Salud. (In July Anibal Torres left his position as publisher of Mundo Hispanico.) “I am excited to be part of such a dynamic and growing Hispanic market like Atlanta, ” Saenz tells Portada. Earlier in his career Saenz worked as publisher of Spanish-language weekly Excelsior in Orange County. Before joining Mundo Hispanico Saenz worked at his own start-up Wired Latino, which provided content, translation and design services to the media companies. He also was a contributor of Hispanic news and commentary to Rochester, NY, newspaper and website Democrat & Chronicle.

NUVOtv, an English-language cable TV network targeting bicultural U.S. Hispanics, has signed a development deal with actor and TV host Mario Lopez, which includes new projects as well as renewals for existing series. Under the terms of the development deal, NUVOtv will air a second season of “Mario Lopez One-on-One,” in which Lopez interviews Hispanic stars.

Stephens Media LLC, parent company of the Las Vegas Review-Journal and 75 weekly and daily newspapers in nine states (including Las Vegas Spanish-language weekly El Tiempo in Nevada and La Prensa Libre in Arkansas and Missouri, has named Ed Moss Chief Executive Officer, replacing Michael Ferguson, who has stepped down and will leave the Las Vegas-based company. Moss, who most recently was president and CEO of the Denver Post, will replace Ferguson on Dec. 2, the company said Friday. 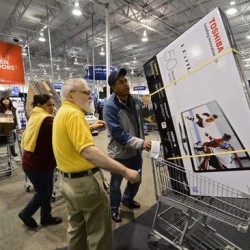