Meredith Corporation announced that Mabel Martinez has been named beauty editor of Siempre Mujer. She had been editorial assistant at People.

Magazine industry veteran Louis Cona is leaving Conde Nast, where he worked as president of the Condé Nast Media Group, the magazine publisher’s president Bob Sauerberg said in a staff memo today. Cona will be replaced by Edward Menicheschi.

Jacqueline Ramírez has joined KMEX-34 in Los Angeles as Executive Producer. She replaces Moana Ramírez.Prior to KMEX, Jacqueline spent 4 years at LBI Media’s Estrella TV . She started her broadcast career at KBFX /KBAK in Bakersfield in 2008 as producer. She was promoted two years later to Executive Producer for the morning show.

Peter O’Mara-Kane has been appointed VP of Sales at leading mobile Demand-Side Platform LoopMe to support the company’s rapid international expansion.Peter’s goal is to establish LoopMe’s position as the first choice in full-screen mobile video for brand advertisers, initially across the UK agencies but also to EMEA and beyond. He began his media career in the world of outdoor advertising at JCDecaux. He then moved into digital at BSkyB. 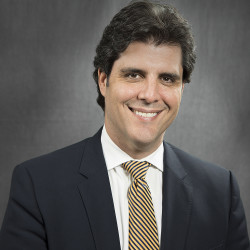 Carlos Bardasano has been appointed VP Original Content at Univision. He will lead alternative content and productions for the company’s entertainment arm. Most recently he led programming and content at UniMás. He earned a Master of Science degree in Television Management from Boston University. 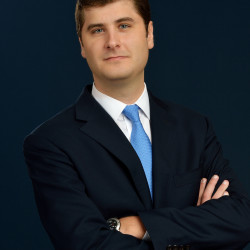 Andrés Mendoza has been appointed VP of Programming & Strategy for UniMás. He will oversee all programming, production and strategy for the broadcast network. Andrés joined Univision in 2012 working as a Senior Analyst and a Business Operations Manager for Noticias Univision and since this past October. He has been working closely with Albetro Ciurana, president, Programming & Content, in the areas of Programming Planning and Strategy for entertainment across all platforms.  He holds an MBA from Georgetown University and a bachelor’s degree in journalism from the Universidad Católica Andres Bello in Venezuela.

Former Telemundo and Univision sales executive Cesar Angulo is about to join Cardenas Marketing Network (CMN) as the firm’s new Director of Business Development. Angulo started his career in 1994 with the Chicago Tribune and then WGBO Univision (Chicago). In 2000, Mr. Angulo joined WSNS Telemundo (Chicago). Shortly after NBC Universal bought Telemundo, Angulo was quickly promoted to management positions within the company. Angulo is a graduate of Harding University.

Matt Boxer has been appointed Vice President of Business Development. He will be responsible for overseeing a newly created team that consists of five Business Development Directors. He joins the Telemundo Station Group from Meredith Xcelerated Marketing, where he had been Managing Director for Business Development since 2013. Previously, he worked for Univision Communications for 18 years. He holds a bachelor’s degree in Advertising from the University of Florida.

Jenney Valverde brings close to two decades of NBCUniversal experience to her new role, most recently as Senior Director of Sales Marketing for the Telemundo Station Group. Prior to this, she held various creative sales marketing functions for the Station Group and has also worked for the NBC Retail Operations and NBC Everywhere groups. She began her career with NBCUniversal 17 years ago as an NBC Page.

Grupo Gallegos has also hired Juan Perez, an experienced creative director known for his work on Lifesavers from his time at Energy BBDO.

Both Juan Perez and Juan Oubina will report to Orzio as the agency’s two executive creative directors.

Ad technology company AppNexus raises US $60 million investment round at US $1.2B valuation 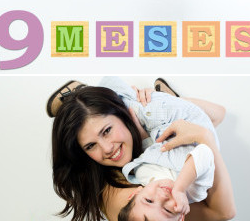 “We think of advertising in terms of co-branding: The content is produced for both the advertiser and our audience” – Susy Rosado, 9 meses