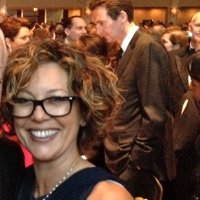 Entravision Communications Corporation has appointed Marta Salazar to the position of Political Outreach Director of Entravision.Salazar will oversee political advertising sales for the company’s television and radio stations. She will identify, develop and manage all political revenue generated from political campaigns, candidates, and Super PACs. She will also be responsible for the revenue development and management of political and advocacy based relationships and opportunities in order to achieve the company’s strategic objectives. Salazar will report directly to Mario M. Carrera, Entravision’s Chief Revenue Officer.Salazar was previously an account executive at FOX Television in Washington, DC, leading advertising efforts for its top local market television stations. 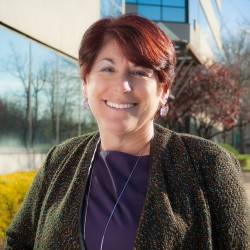 Amy Abbey has joined Eclipse Marketing Services, Inc. as Director of Sales and Strategic Partnerships. She is the newest member of the powerhouse team that reports to Laurie Silverman, VP, Strategic Partnerships & National Accounts. Amy  comes to Eclipse from the DMA, where she served as Director of Corporate Relations. Previously, she was Associate Publisher and Sales Manager for CableFAX, Sales Manager for SmartBrief, Associate Publisher and Regional Sales Director for Access Intelligence. She has had significant consultancy experience as well, advising her clients on ways to build their businesses beyond traditional means. Horizon and Innocean have appointed Paul Woolmington to run their joint venture, Canvas Worldwide.Independent media agency giant Horizon in August partnered up with Hyundai-backed agency group Innocean in August to create the standalone media agency. Canvas’ first client would be the nearly US$700 million U.S. media business for Hyundai Motor Group’s U.S. brands, including both Kia Motors America and Hyundai Motor America, the companies said at the time.Read more.

Azteca America has announced that Luis Hernández has joined the network as General Manager of KVDF in San Antonio and KADF in Austin. The announcement marks a return to Azteca for Hernández, who previously was Vice President and GM for KAZD in Dallas from 2010-2013. Hernández will report to Enrique Perez, Executive Vice President, Station Group, Azteca America.Hernández joins Azteca from Telemundo, where he served as President and GM of the network’s San Antonio affiliate, KVDA, since 2013.

Telemundo 47 New York / WNJU has announced the addition of two new journalists to its news team. 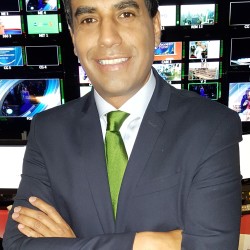 Telemundo 47 has named Fernando Gomez Reporter for the station’s morning and evening newscasts, Noticiero Telemundo 47Primera Edición at 5 AM and Noticiero Telemundo 47 at 5:30 PM, 6 PM and 11 PM. . Before joining Telemundo 47, Gomez worked at the local Univision stations located in San Francisco, Los Angeles and New York from 1999 to 2014. He earned his bachelor’s degree in Telecommunications from Fresno State University. 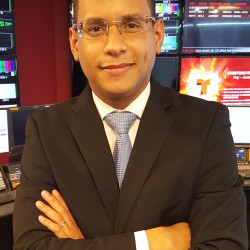 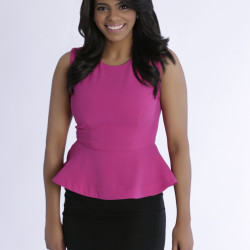 Additionally,  Victoria Sosa has been named the new full-time host of Telemundo 47’s local entertainment show, Acceso Total, which airs weekdays at 10 AM.Victoria Sosa joined Telemundo 47 in 2011 and worked as a part-time host to Acceso Total and as the Weather Anchor for the station’s weekday morning and evening newscasts. Prior to joining WNJU, Sosa interned at Telemundo 47’s sister-station, Telemundo 51 Miami / WSCV, and also worked as the host of El Show del Mediodia, an entertainment show that airs on the U.S.-based channel, Television Dominicana (Dominican Television.

MicroTech has hired Rusty Lingenfelter as its new Executive Vice President of Technology and Telecommunications Solutions (TTS). Mr. Lingenfelter is a senior IT leader with rarely rivaled experience in multi-billion dollar global infrastructure programs, operations and service delivery. With his significant skills and experience, Mr. Lingenfelter has contributed to revenue growth, improved and expanded partnerships, markets and customer relationships in the industry field. 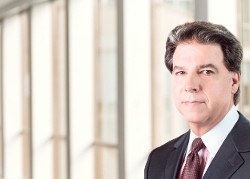 Carlos Garcia has been named head of the Los Angeles office of Heidrick & Struggles, a premier provider of executive search, leadership consulting and culture shaping worldwide. He will continue to be active within the firm’s Supply Chain & Operations Practice and working with clients in the healthcare and life sciences sectors.Garcia joined Heidrick & Struggles from a global executive search firm where he served as Senior Client Partner.