impreMedia announced that Fabián Santillán has joined the company as the Director of Product Management and Development, and will lead teams based in the Los Angeles market. A 15-year veteran of digital and traditional media, Santillán has developed and launched national and local websites, along with radio/television programs and commercials in the United States and Latin America. He also has extensive experience in the creation of multimedia products, emerging technologies, product strategy and migration of traditional media into the digital landscape.

Digilant, a consolidated digital media buying platform, announced Maggie Wells as its new senior vice president of marketing. A seasoned media executive with extensive experience in technology and marketing, Wells is tasked with leading Digilant’s global positioning and differentiation in a crowded marketplace.

Chula Vista,CA based HMC Advertising has namedJennifer Garcia-Hinkle as the President of the Company. Garcia-Hinkle will lead and oversee HMC’s day-to-day management of operations and is responsible for the strategic development of the company.

The Houston Chronicle closed its Mexico City bureau on Friday, Oct. 19, ending veteran foreign correspondent and bureau chief Dudley Althaus’ 23-year run in the country, reported McClatchy Newspapers’ Tim Johnson on the blog Mexico Unmasked on Sunday, Oct. 21. Althaus told Johnson that the decision to close the bureau was based on a cost-cutting strategy that aims to shift The Houston Chronicle’s coverage towards local news within a 100-mile radius of the Gulf city, according to the blog.  At this writing, neither the Chronicle nor its parent company, Hearst Corporation, had released a statement about the decision to close the bureau. 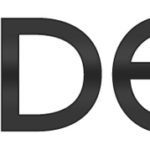