Jeff Sweat is leaving Deutsch LA, to do agency PR and marketing for 72andSunny , to be effective in August. Prior to Deutsch LA, he was Director, B2B marketing and social media at Yahoo! before Yahoo! he was Senior Writer at Computer Sciences Corp. for four years. Sweat holds a B.A. in English and Political Science from Columbia University in the City of New York.

Edward Schumacher-Matos, NPR’s ethic watchdog/ombudsman, is putting an end to his three-year term on August 1. Prior to NPR, Schumacher-Matos worked as Founder of the Hispanic newspaper chain Rumbo and prior to that at The Wall Street Journal Americas and The New York Times. 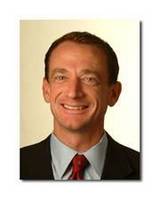 Agency Centro has hired Michael Bruns as CFO. The Chicago-based company’s previous CFO, Leo Brubaker, was named chief operating officer last year but his replacement has just been found. According to Riegsecker, the hire was time-consuming since Centro needed someone experienced in public capital markets as well as in private fundraising.

Ser Padres magazine, provider of informative and empowering content for today’s Hispanic parent, has announced that Telemundo reporter Sofia Lachapelle will serve as a regular blogger on SerPadres.com to share her experiences as a mom to two kids with autism. The blog, “El Diario de Sofia,” will feature monthly articles on everything from advice on supporting a special needs family to her personal experience on how to with autism. In her first post, which debuted on July 22, 2014, Lachapelle narrates her emotions as she first learned of her sons’ autism diagnosis and how she ultimately came to embrace her new, special family.

Melissa C. Castro has been appointed Director of Communications for the Telemundo Station Group. Prior to joining Telemundo, she was an Account Supervisor at DKC Public Relations, where she worked with clients such as Yahoo! en Español.

Telemundo Arizona has also hired Daniel Aguirre to anchor its’ new weekend newscasts. A lawyer in Mexico, Daniel was most recently the lead anchor for Milenio Noticias in Monterrey.Starting this weekend, Telemundo Arizona will have local weekend news in the Phoenix and Tucson markets.

Ivan Valenzuela has been named weekend sports anchor. Prior to joining Telemundo, he worked at CNN Latino in Phoenix as sports anchor.

Brandon Solano has been named the Wendy’s company Senior Vice President of Marketing. He will report to Wendy’s Chief Marketing Officer Craig Bahner and will lead the Company’s Brand Marketing efforts.Prior to joining Wendy’s, Solano served three years as Vice President of Franchise Development at Domino’s®.From 2008 to 2011, he spearheaded product innovation .Prior to Domino’s, Solano served as Marketing Director for The Hershey Company. During his career, Solano also has held marketing positions with Procter & Gamble, the Kellogg Company and Newell Rubbermaid.

Creative directors Danny Gonzalez and David Suarez are joining Goodby Silverstein & Partners in San Francisco on July 21. They will both hold Corona Light and Modelo, among other accounts. Prior to this, Gonzalez and Suarez spent two and a half years at Barton F. Graf 9000 working with several brands, most notably serving as creative directors on Ragu and Little Caesars. Before that they spent time at TBWA\Chiat\Day New York and JWT New York.

Global location ad platform xAd has announced the appointement of two industry veterans to top engineering and sales positions. With over 20 years of experience building industry-leading technology, George Rekouts has joined xAd to lead engineering. And, with over 20 years of sales and ad tech expertise, Beth Gregg has joined the company as head of both direct and programmatic sales.

Rekouts will develope search technology and optimization models to create a number of industry-first location products, using the power of real-time and historical real-world visitation behaviors. Before joining xAd, Rekouts served as head of engineering at Efficient Frontier, a search buying platforms for brands, later acquired by Adobe. Prior to Efficient Frontier, he ran engineering for ValueClick.

In her new role , Gregg will focus on driving additional direct and programmatic demand for xAd’s expanding suite of smart location offerings, as well as growing the sales teams and managing customer relationships in the Central and West regions. Prior to xAd, Gregg was SVP Sales & GM North America at DataXu, a leading provider of programmatic marketing solutions. She has also held leadership positions at Time Inc., BusinessWeek, and Electronic Arts.