The National Hispanic Media Alliance (NHMA), a new industry organization, devoted to support Hispanic print media announced its founding board of directors: Fanny Miller, Publisher of El Latino Newspaper in San Diego, California and Chair of the NHMA, Roaldo Moran, Publisher & General Manager of Hoy in Los Angeles, California and Vice-Chair of the NHMA, Penni Barton, Publisher of Al Día in Dallas, Texas and Secretary of the NHMA and Anthony Ibarria, Publisher of El Especialito in New York City, New York and Miami, Florida and Executive Board Member of the NHMA. Trevor Hansen, CEO of EPMG, is the Chair of NHMA’s Industry Professionals Advisory Board,

Philadelphia’s AL DÍA News Media announced that Edward Lynes of Haddonﬁeld, N.J., has been named Director of Business Development. In this role, he will help top regional and national advertisers expand their reach, market share and proﬁt via print and online advertising, social media, custom publishing and in-person event sponsorships.   Lynes brings eight years of news media and media sales management experience to the position. He led Elauwit Media from a small community newspaper company with two products in New Jersey to a sixteen-product organization, which launched proﬁtable new products in both existing and new markets.

Grey New York is cutting 45-60 people, or about 4 percent of its staff of 1,100, with the layoffs taking effect in January, Adweek reports. While the WPP agency has been on a new business run this year, winning accounts like Gillette’s global creative, it also lost Energizer personal care products because of conflicts with Gillette and resigned E*Trade after the arrival of a new CMO who put the account into review. Most of the staff cuts are related to the loss of Energizer, for which Grey handled brands like Banana Boat and Hawaiian Tropic sunscreens; Playtex Tampons and Fresh + Sexy Wipes. That business moved to WPP corporate sibling JWT and Grey is said to be trying to place some of the laid-off staffers there.

Post-Newsweek Stations announced the appointment of Bert Medina as Vice President and General Manager of WPLG–TV, the group’s ABC affiliate in Miami. 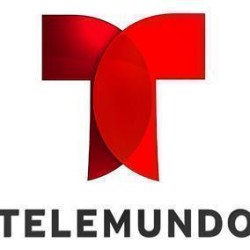 The NBCUniversal Owned Television Stations announced that Manuel Martinez has been named President, Telemundo Stations. Martinez has nearly 30 years of experience in the broadcast industry with extensive knowledge of station management, sales and programming. Since 2012 he has been President and General Manager of NBC 6 South Florida / WTVJ, the NBC-owned station serving the Miami / Fort Lauderdale market. In his new role, Martinez will have oversight of the 16 owned Telemundo local stations located within the United States, as well as Puerto Rico. He will report to Valari Staab, President, NBCUniversal Owned Television Stations.

Tony Imperato was promoted to VP/managing director, Meredith 360, where he will create multiplatform ad programs for the company. He succeeds Rich Berenson, who recently joined Meredith Xcelerated Marketing as senior VP, business development officer. Imperato was most recently VP and publisher of Better Homes and Gardens. 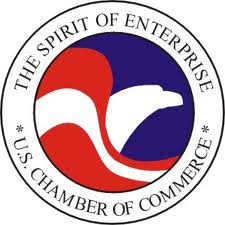 Peter Naylor was named the Interactive Advertising Bureau’s first publisher-in-residence. In this role he will serve as a consultant for the trade organization. Naylor was previously executive VP, digital ad sales at NBCUniversal before departing earlier this year. He also served as chairman of the IAB board of directors from Feb. 2012 to Feb. 2013.

Check out job openings at Portada’s Job Board or post your own opening and get the best talent!