Hernan Cerdeiro has joined agency Conill‘s  Miami office as Executive Creative Director. In this new role, Mr. Cerdeiro will provide creative leadership for Conill’s Miami office and its portfolio of clients. He reports to Conill Chief Creative Officer Javier Campopiano.Mr. Cerdeiro was most recently VP / Creative Director of Latinworks, where he worked for such clients as Anheuser-Busch’s Budweiser and Bud Light; Mars’ Snickers, M&M’s, Twix, and Wrigley’s Starburst and Skittles. He has also held senior creative leadership positions at Alma DDB in the United States and Ponce, Young & Rubicam, Ogilvy and McCann Erickson in Argentina.Mr. Cerdeiro will be joined later this month by the creative duo of Juan Cruz Vassallo and Hernan Pettinaroli, who come aboard Conill as Associate Creative Directors for the Miami office.

Barrena was most recently a Partner, Group Account Director at Grupo Gallegos. Prior to her 11 years at Grupo Gallegos, Montse spent six years at Conill Advertising and four years at Casanova Pendrill. She began her career in advertising at Noble & Asociados. Her experience includes working with brands including Toyota, Coors Beer, The Clorox Company, JCPenney, California Lottery, Reebok, Procter & Gamble, and Toshiba.

Oubina, who also comes to Deutsch LA from Grupo Gallegos, most recently served as an Executive Creative Director for the agency, overseeing client accounts including Energizer, Comcast and California Milk Processor Board. Prior to that, Juan spent eight years at Casanova and Casanova Pendrill.

Media 8 has rebranded the agency name to M8. The agency, led by John Santiago, has also strengthened its senior management team adding:

Jose Gomez, director of diversity and inclusion, leadership development, is responsible for designing and delivering leading edge solutions in diversity, inclusion and multicultural leadership consulting strategies. Based in Milwaukee, Gomez previously was senior managing partner of Denver-based Multicultural Solutions. Prior to that Gomez served as director of diversity and corporate relations at Brinker International; as well as senior manager, corporate affairs and diversity at Walmart Stores, Inc.; and director of the Hispanic Alliance for Career Enhancement (HACE) in Chicago. He holds an undergraduate degree from the University of Illinois at Urbana-Champaign.

Susan Ayoob recently was appointed as Business Development Director at Impaktu, a Latin American advertising network specializing in digital video. In this role, she will direct the expansion and management of the media network throughout Latin America out of the company’s Mexico City office. Ayob previously worked at Alcance Media.

Lindsay Pattison has been named global CEO of Maxus , WPP’s GroupM network smallest media agency, in a move that makes her the first female global CEO within the GroupM network of media agencies.Ms. Pattison, who was most recently CEO of Maxus in the U.K., will succeed Vikram Sakhuja. In her new role, she’ll report into GroupM Global President Dominic Proctor and work in both London and New York.

Marvin Ellison has been named president of J.C. Penney, effective Nov. 1.He will later add the role of chief executive officer in August 2015, when current interim CEO Mike Ullman becomes executive chairman of the board. Ellison was most recently executive VP of stores for Home Depot, a position he held since 2008. In addition to his 12 years at Home Depot, Ellison spent 15 years in assorted executive roles at Target.

TRACE Sport Stars has announced that Patricia López de la Cerda, better known as Patty Lopez, winner of the Fox Sport Stars Awards’ Best Female Presenter, TV star, model, health guru and style icon has been selected as TRACE Sport Stars presenter for the month of November.TRACE Sport Stars will dive head-first into the action with a line-up of shows bursting out of the screen every Friday, including countdowns of the craziest extreme sports in the world, and the athletes insane enough to compete. Patty also throws in a few exercise sessions with Star Block Workout, as well as handing over the microphone to adrenaline freak Ed Leigh – AKA Wingman – who takes viewers closer to the stars of these sports. 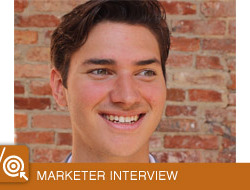