What: MEC has named Renato de Paula new Regional CEO for Latin America.
Why it matters: Renato replaces Michael Jones, who is leaving MEC after 19 years. He will be based in Miami and start in October.

MEC has announced the arrival of Renato de Paula as the new Regional CEO for Latin America. Renato replaces Michael Jones, who after 19 years with MEC is retiring from the industry.

Renato de Paula was previously at Havas Worldwide, where he held a dual role as CEO of their offices in Mexico and Colombia and as the Regional Director of Havas Worldwide Digital across Latin America. He started his career in 1988 at Ogilvy Sao Paulo and between 1991 and 1997 also worked at Wunderman. During his 15 years with Ogilvy and Ogilvy One he held senior management positions in New York, Sao Paulo and Miami. He joined the Havas Worldwide group in 2011. In 2013 he was named by AdLatina as one of Latin America’s Top Advertising Executives.

Commenting on the appointment, Charles Courtier, Global CEO said, “Renato is a hugely respected and talented individual in the region. He arrives at an exciting time for MEC in Latin America and globally. With a rich heritage in the digital and data world, Renato is perfectly positioned to drive the future for us. An inspirational and collaborative leader, with bags of energy, I am confident that he will provide the leadership to develop and thrive in this, our fastest growing region. It’s exciting news for MEC in Latin America.”

Renato de Paula said, “The timing for joining MEC could not be better. The management team is incredibly impressive and the organization very dynamic. MEC is growing rapidly everywhere and is heavily investing in areas that I firmly believe are, and will continue to be, key for the success of our clients such as Analytics & Insights, Content and Data. Also, I am very impressed with MEC´s Digital vision. I could not be happier.” 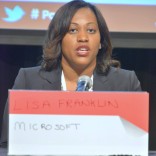 Michael Jones on his experience at MEC: “We have to work harder as an industry in LatAm to attract, develop and retain talent”