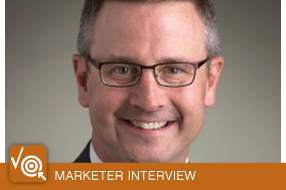 Marketers are leveraging the 2014 Soccer World Cup in very different ways. This is particularly important as both Team USA and Mexico as well as many Latin American teams Hispanics roots for have a good chance to classify for  the play-off rounds at the Soccer World Cup taking place in Brazil. Portada presents the first of a series of articles about how major brand marketers are leveraging the popularity of the event and adapting their campaigns. Today we are talking with Paul Edwards, U.S. VP of Chevrolet Marketing on how Chevrolet is adapting its global brand platform “Find New Roads” to the major soccer event. 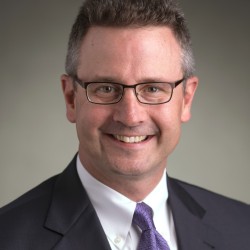 Six new TV spots air during Univision’s soccer programming of the globe’s most prestigious soccer tournament. The first ad, “The New Us”, speaks to the touchstones of family and culture that unite people, and are particularly important to Hispanics. “Connecting with Hispanic consumers in a meaningful way is an imperative at Chevrolet,” says Edwards, ‎U.S. vice president, Chevrolet marketing (photo). “Global football, is deeply rooted with Hispanics and Chevrolet, and is the perfect environment to launch our new approach.”  For the duration of the tournament, Chevrolet will have a major advertising on air presence on Univision, UniMas as well as Univision.com and UnivisionDeportes.com. “We chose to leverage the World Cup to launch the new work, but it will live on past the tournament on Univision, Telemundo and their affiliated networks,” Edwards says. He adds that for “online video, the spots are available on Chevrolet’s YouTube channel and can be seen on Univision.com and UnivisionDeportes.com.”  There will be also print advertising placements.

We chose to leverage the World Cup to launch the new work, but it will live on past the tournament on Univision, Telemundo and their affiliated networks.

Five spots highlight technologies in Chevrolet models like 4G LTE WiFi, the capabilities of the Silverado and Equinox as well as the brand’s “What Do You #PlayFor?”global soccer campaign. The spots airing on Univision were developed by Chevrolet with Casanova Pendril. Carat is in charge of media planning and buying.A new spot by filmmaker Andrew Ellmaker of the United States, will also make its debut during the tournament. The spot was one of 5 finalists for the Chevrolet and MOFILM film program announced in March 2014. The 30-second film features the 2014 Chevrolet Equinox. The film demonstrates how the passion for the game runs from generation to generation, in this case from father to daughter. It will run in contextually relevant matches by Argentina and Brazil.

“These spots are Spanish-only at this time. In the third quarter, the Cruze spot that highlights 4G LTE Wi-fi will begin running in English along with the rest of our 4G LTE content. It made sense to begin the promotion of 4G LTE with Hispanic customers since they have a high rate of early adoption of technology,” Edward notes.

Last year Chevrolet also announced a three- year sponsorship deal that made Chevrolet the Official Partner of U.S. Soccer and helps the brand leverage the sport’s surging popularity in the U.S., where a soccer player lives in 30 percent of households. We also have a large presence at many U.S. Men’s and Women’s soccer matches around the country. To help with outreach to youth players, Chevrolet has announced a two-year sponsorship of the world’s largest soccer club, Rush (Sports Partners International). Beginning in the 2013/2014 season, the Chevrolet bowtie appears on 70,000 Rush Soccer jerseys across the country. Chevrolet is the Official Automotive Partner of the Club and its first shirt sponsor in the Club’s 11-year history.

Chevy’s Maria Rohrer: “We celebrate Silverado owners who are as dependable as their trucks.”