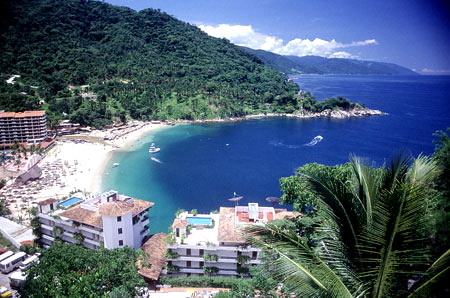 One such example is VRTC, a Houston, TX, headquartered agency  which also has offices in Los Angeles, CA, and Mexico City, which recently was selected as the AOR for Puerto Vallarta in the United  States.  Puerto Vallarta is a Mexican resort town located on the Pacific Coast in the state of Jalisco.

Portada talked to Guillermo Ohem Ochoa, General Manager at Fideicomiso de Turismo Puerto Vallarta, and Octavio Orozco, Co-founder, VP & General Manager at VRTC.  Orozco tells Portada that the image that Puerto Vallarta intends to project in the U.S. market is “Lo mejor de Mexico junto al Mar Pacifico” or in English”Traditional, Mexican beauty. Everything that is traditional and that we love about Mexico by the Pacific.”

A target audience of young cosmopolitan, 25-35 years old and Silver Surfers of more than 60.

The audience the Puerto Vallarta campaign is attempting to reach is not necessarily U.S. Hispanic only.  According to Ohem Ochoa, “efforts will be directed to the General Market and Bicultural consumer who wants to go to Puerto Vallarta for pleasure and vacationing. Both English and Spanish media will be used.” “We are targeting the New Connected American traveller. Through market research we have found that it is young cosmopolitan, 25-35 year and Silver Surfers (over 60 years old), Orozco adds.

Does VRTC as an agency with Mexican roots have an advantage when targeting Mexican Americans in the U.S. as Puerto Vallarta may already have a strong brand equity among them? According to Orozco, “As an international agency that has offices in Mexico and the U.S., we integrate the expertise in both countries. Therefore, we understand both the needs of the client being a Mexican destination and our consumer being in the U.S.” Orozco also emphasizes that U.S. Hispanics are more active in social media than any other ethnic group, and with the proliferation of contact points available through social media, building a strategy around both these trends will make the plan very effective.”

“We have mapped out the purchase decision-making process from initial online searching for a destination through sharing online their experience during and after the fact. This “interconnectedness” is an important insight that helps define the New Connected American traveler,” Orozco concludes.