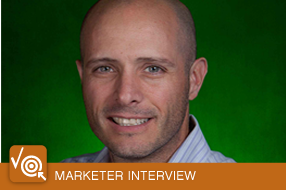 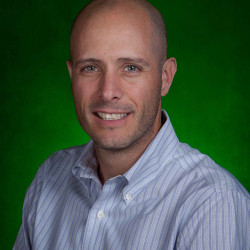 Gustavo Guerra serves as brand director for Tecate and Tecate Light, Indio and Bohemia, part of the Heineken USA portfolio of Mexican brands.  Guerra is responsible for strategic planning, creative content and public relations for the Mexican beer brands. He also plays a key role in building a strong partnership with the commercial team, the distributors and the brand team at Heineken Mexico. In the below interview with Portada, Guerra talks about how his brands celebrate  the character of all Hispanic bicultural men 21 and older, and highlights that boxing is the second most-watched televised sport for his target audience after  soccer.

Portada: Can you explain Tecate’s involvement with boxing and why this sport is so important for Tecate’sMarketing?

Gustavo Guerra, Brand Manager, Tecate.:“Tecate and Tecate Light have been longtime supporters of boxing and for the last seven years we have positioned the brands very strongly with a 360 degree approach designed to ensure the brand is celebrating the character of all Hispanic bicultural men 21 and older. Not only does the sport align with our communication strategy “con caracter”, boxing is also the second most-watched televised sport among our target behind soccer.”

Portada: When it comes to reach out to Spanish-dominant and English-dominant Hispanics is Boxing as important to reach both Targets or is it different depending on the target?
G.G.: “The great thing about our target, bicultural consumers 21 and older, is that they speak both languages and choose when to use it. Therefore, all of our marketing communications are bilingual to ensure we’re reaching these consumers through a variety of touch points from digital to retail and social media.”

Portada: Please explain what your main Box Marketing activities in the U.S. are
G.G.: “We always take a 360 degree approach that includes retail initiatives (cross-merchandising promotions for viewing parties, POS and displays featuring images of the fighters, mail-in-rebate offers with the purchase of Tecate beer, etc.), social media campaigns to continue expanding the interaction with consumers and support hand-in with Top Rank, one of the most important promoters in the industry, of the biggest boxing fight of the year such as Julio Cesar Chavez, Jr vs. Bryan Vera (March 1, 2014), Manny Pacquiao vs. Timothy Bradley (April 12, 2014) and many more.

How do you support these activities with actual media buys (digital, print and TV)?
G.G.: “We support all of our marketing efforts with a mix of OOH, radio, TV, PR and social media campaigns in both Spanish and English, varying by markets.” (SMV 42 is Tecate’s media agency)

We know you have the http://deportes.univision.com/solo-boxeo-tecate/ program. Please explain the details of the program (from the actual media buy to more content marketing types of activities).
G.G.: “Since boxing is such a big priority for the brand, we want to be involved in every level by not only supporting big fights but also sponsoring amateur and small fights like the Solo Boxeo Tecate program. Our main marketing activities with this program include PR and branding efforts. Solo Boxeo Tecate is a live action show that features Top Rank contenders as well as up-and-coming superstars such as Jessie Magdaleno, Jose Ramirez, etc.”

We are developing a program around 2014 World Cup that includes a significant media buy.

You were the marketing and commercial director of Club Deportivo Guadalajara S.A. de C.V. How do you see the U.S. Soccer Marketing scene? Do you think Mexican soccer can become even more important?
G.G.: “Since I’ve been living in the U.S. I have seen an increase in the number of brands using soccer as part of their marketing tactics to reach Hispanic consumers at various acculturation levels. Sponsorships and level of activations range from MLS to National teams, as well as support for amateurs similar to what we did in the past with Copa Tecate. Regarding Mexican soccer, we’ve seen a greater presence of talent making an impact in the U.S. For example, the Mexican National Team has executed its U.S. tour for the last few years and teams from La Liga have been invited to play matches in the U.S. so that fans have the opportunity to experience their favorite team live. For Hispanics, soccer is going to continue to be a key passion that will transfer through generations making this sport a stronghold in the marketing world when trying to reach this target.”

Is Tecate planning any marketing around the 2014 World Cup?
G.G.: “Indeed, we are developing a program around 2014 World Cup that includes a significant media buy (TV, radio and OOH campaigns), social media and PR support, as well as grassroots support in key markets.”

Prior Interviews with Tecate brand managers on their Hispanic and general market strategies: