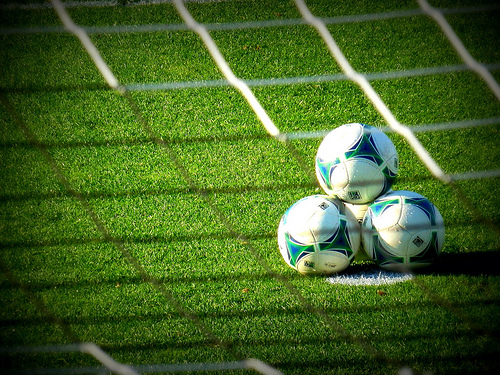 Soccerly.com gets first round of funding by Mexican VC funds

Soccerly, a digital platform for U.S soccer fans interested in the global soccer scene, has raised its Series “A” round of funding by institutional investors. The amount of the funding has not been disclosed. Lead investors are Mexican funds Gerbera Capital and Mexico Ventures I (both funds are also investors in leading recipes site  Kiwilimon.com.)

Miguel Ramirez Lombana, Co-Founder and CEO of Soccerly.com, tells Portada that the funds will be used to grow Soccerly’s team mainly in the areas of editorial and product development. He emphasizes  that the funding by these two funds represents a big bet on Mexican entrepreneurs who look to succeed in the United States.

“Soccerly.com has a big opportunity as a digital media platform targeting the U.S. market.” Alonso Diaz Etienne, Managing Partner at Gerbera Capital noted. In addition, “Soccerly.com has a great and proven team of entrepreneurs which has already shown its capacity to execute. We hope to score many goals together!”

Soccerly is gearing up for editorial coverage of the upcoming 2014 World Cup in Brazil, but its goals are longer term. “Our objective is to become the leading soccer site in the U.S.”, Ramirez Lombana notes.  “We want to grow our user base exponentially by the end of the year,” he adds.  Soccerly targets the American soccer fan that tends to be interested in the global soccer activity.  “We are catering them with content about the U.S. soccer scene but also with major events that happen globally,” Ramirez Lombana says.

How should growth be financed?

Is there a way for mass media properties to develop without having deep pockets or external funding? Ramirez Lombana who with Soccerly.com co-founder Patricio Villalobos, created Mexican leading sports site Mediotiempo.com, which was later acquired by Grupo Expansion (Time Inc.), has ample experience to answer this question.

We saw a big opportunity and wanted to accelerate growth.

“It is possible to grow organically, but whenever you start growing you face bigger challenges. For Soccerly.com we saw a big opportunity and wanted to accelerate growth. We did not want to waste time this is why we incorporated investors. To achieve relevant things in the short term you do need resources. However, Ramirez cautions that financial resources may not be enough since you need a good mix of things to be successful, including know-how, right-timing, great product and content,  credibility and even luck.”

Simulmedia closes US $25 million round of funding