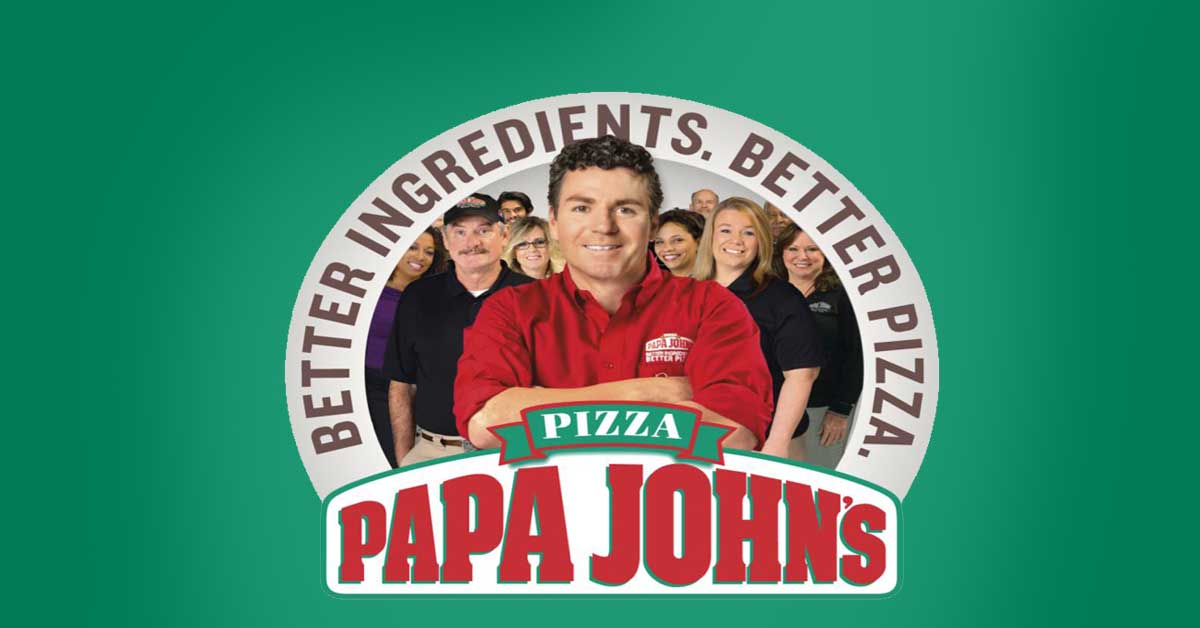 Papa John’s Daniel Rosas: “Super Bowl is our #1 Sales and Delivery Day of the Year.”

Portada:. How did you come up with the new name for the brand platform “We’re more than a pizza
company, we’re a Pizza Family.”? What insights particularly from the multicultural Hispanic
consumer have been put to use in the new platforms name? 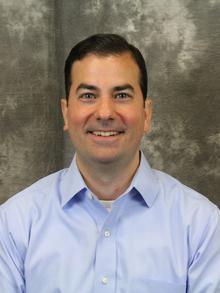 Daniel Rosas, Sr Director Multi-Cultural Marketing at Papa John’s International. “Our customers around the world know Papa John’s promise of “Better Ingredients, Better Pizza,” and that’s not going away. At Papa John’s, we have always been a Pizza Family – from our pizza makers and delivery drivers to our trusted ingredient suppliers and our loyal customers around the world – and now, we are letting the world know that our people is the most important ingredient of all. The recent opening of the 5,000th Papa John’s store seemed like the perfect moment to reflect on our success and shed a light on the Team Members who have made our brand a success.  In our research efforts to develop the new brand platform, we looked at general market and multicultural audiences’ trends. Regarding the US Hispanic market specifically, we understand it is diverse. Yet, we discovered they share one thing in common: love for family. We believe our brand messaging can resonate with the Hispanic consumer given our campaign is all about family and celebrating the people who work at Papa John’s.
We are unveiling a new logo featuring Team Members, a pizza box and TV spots to support the new brand campaign – kicking off the Pizza Family campaign at Super Bowl LI with a special dough toss and pizza sampling with “Papa” John and extended family members, Archie Manning and QB Deshaun Watson.
–  For this brand evolution, we have very strong creatives, including a 60- second TV ad airing on FOX hours ahead of the game where “Papa” John and Team Members tell the story of how the brand built its Pizza Family.
The creative also included the launch of a new logo, which for the first time in the brand’s history, features current Papa John’s Team Members alongside “Papa” John Schnatter. Furthermore, we developed two
Spanish TV spots that also feature “Papa” John and Team Members.
– As part of the campaign, we are also launching Papa John’s Halftime Heroes program, which recognizes Team Members who go above and beyond to embody Papa John’s core values.
– I also wanted to highlight our creative spots showcase the diversity of our Pizza Family at Papa John’s, we have Team Members from all different backgrounds and walks of life”

More than 55 percent of our sales are completed digitally, whether through mobile or online at this time. 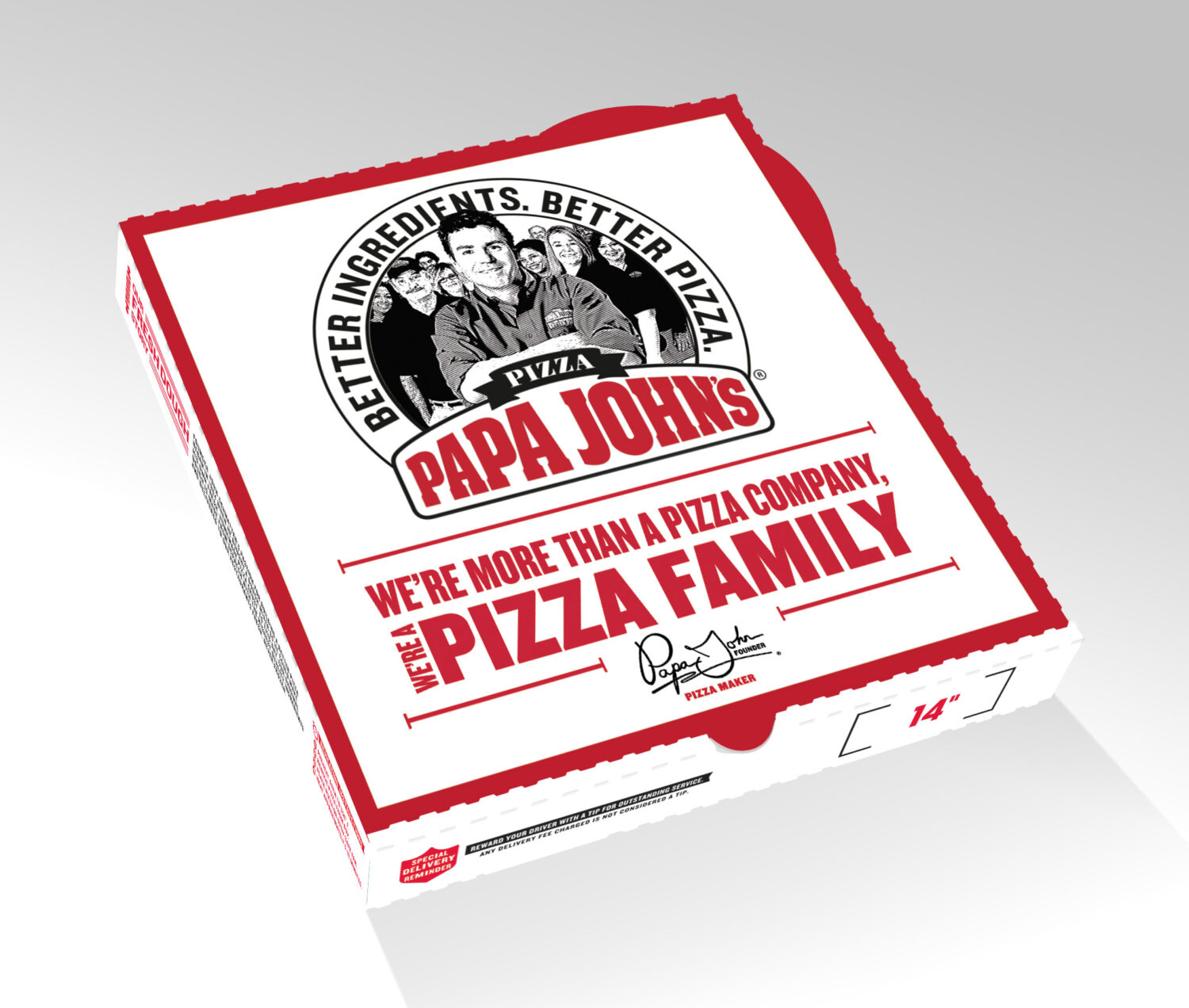 How important is Super Bowl Advertising in your overall marketing effort?
D.R.: “The Super Bowl is the largest sporting event of the year in the US, and last year alone the big game recorded 167 million viewers, making it the most watched single broadcast per Nielsen.”
– In 2010, we began our partnership with the NFL as the official pizza sponsor of the NFL and Super Bowl. We see the big game as an opportunity to further engage with sports fans and pizza fans alike, which is why we’re really excited about our plans this year.
– We saw the potential for synergy and have been actively engaging with our customers through partnerships with local and national sports franchises and players for many years. These relationships have been very positive for the
brand, and we see value in each of our league and athlete partnerships.
– Identifying the right partnership that aligns with the brand and its values has been key. For example, we’ve had great success with the NFL because both organizations are focused on providing the best in quality, whether that be through the product or the experiences they offer.
– Also, Super Bowl is our #1 sales and delivery day of the year. In 2016, we sold more than a million pizzas and we anticipate another record-breaking year this Super Bowl Sunday. To give you an even better idea of how the big the Super Bowl really is for us, Papa John’s delivery drivers cover more than 400,000 miles the week before the game – that’s almost half a million miles!”

How important is the Super Bowl particularly as it relates to the Hispanic market?
D.R.: “For a long time fútbol has been the go-to passion sport for Hispanics, but recent research has shown that football is finding a way to their hearts and their TVs. According to a Nielsen study that looked at the aggregated average viewership of the last five Super Bowls (from 2011-2015), “while an average of 11.2 million
viewers are Hispanic, or about 10% of the total average viewership, Spanish dominant viewers represent about a third of that—nearly 3.4 million viewers.”
– This year’s Super Bowl is in Houston, which is one of the key US Hispanic hubs in the country. We recognize the power sports have in bringing people together over a common love, much like our pizza. Watching sports is all about sharing an experience. Pizza too, is meant to be a shared experience. We have the return of one of our most popular pizzas – The Ultimate Meats pizza, which has been a fan favorite among our customers, particularly Hispanics.”

What is the profile of your Hispanic customer? (e.g. Mexican American, first gen,
Millennial etc)
D.R.: “We are unable to share specifics at this time, but we can tell you that in general, meal time for Hispanics is an opportunity to spend quality time with friends and family, and this is specifically true of the Hispanic Millennials population. Our Pizza Family campaign is designed to share the story of our own Papa John’s family and in turn embrace the extended Pizza Family which includes our fans and loyal customers. 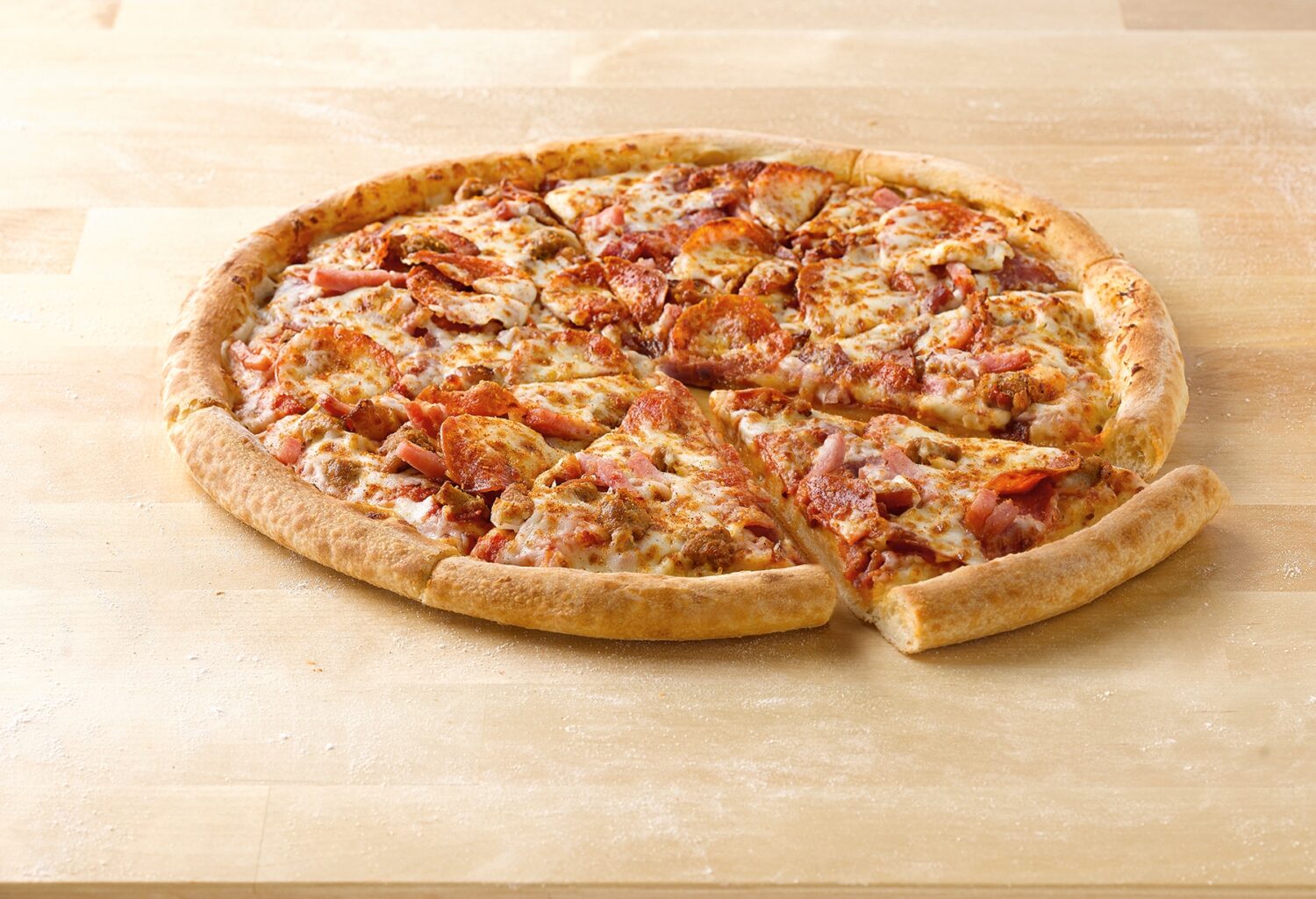 E-commerce seems to play an important role in Papa John’s sales. What % of sales is
done through e-commerce?
D.R.: “More than 55 percent of our sales are completed digitally, whether through mobile or online at this time. In August 2016, we expanded our digital ordering services with the launch of the first Apple TV app from a national restaurant brand, offering customers an easy-to-use platform to build their pizza, topping by topping or select from previous orders.
– We are no strangers to industry firsts, including in the digital world. Papa John’s was the first national pizza chain with digital ordering at all of its U.S. delivery restaurants back in 2001. At checkout, we offer the most payment options for our customers completing digital transactions, including gift cards that can be
used on mobile devices, as well as our digital rewards program, Papa Rewards. Papa John’s has a strong e-commerce presence and is committed to providing customers the best experience from the first point of contact until the final
product is delivered.”
Are Hispanic customers more prone to go to the pizza store or buy online? (compared
to the avgr. customer).
D.R.:“Overall, Hispanic consumers are more prone to using digital tools for making online purchases than their non-Hispanic counterparts and we see this play out in the way our customers decide to place their orders from Papa John’s stores. That being said, we also see that more often than not, our consumers are opting for digital tools like our mobile application and online ordering to complete their transactions. At this time, more than 55 percent of all orders are placed through a digital interface.”

What  agency roster do you work with?
D.R.: “We have several partners and an in-house team at Papa John’s that work on marketing and communications efforts for the general market and multicultural audience, including Hispanics. The companies we currently work with include Edelman, Grey and Wing.”

You recently announced an expansion in Mexico, are you working on this effort and
does it impact also the way you target the Mexican American Market in the U.S?
“In September 2016, Papa John’s announced expansion plans in Mexico with the signing of a restaurant development agreement with Orquest Foods to build 60 restaurants in less than a decade. We continue our commitment to all Latin America and Mexico, and very much look forward to continue expanding our
brand promise. In the U.S, we are also focusing our efforts to engage the Hispanic demographic,
including the Mexican American Market, as part of our Pizza Family campaign to help create additional dialogue about Papa John’s story. Papa John’s International has more than 1,500 international restaurants,
including over 350 restaurants in 16 Latin American countries and is looking for potential franchisees in Brazil, Honduras, Uruguay and the Bahamas.” 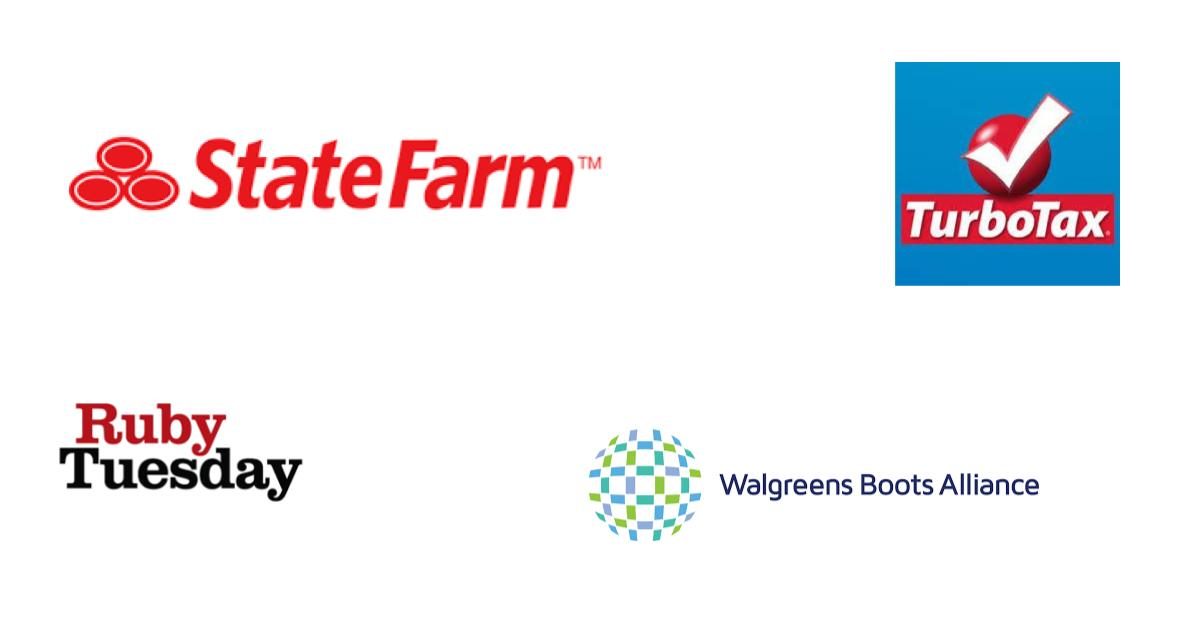 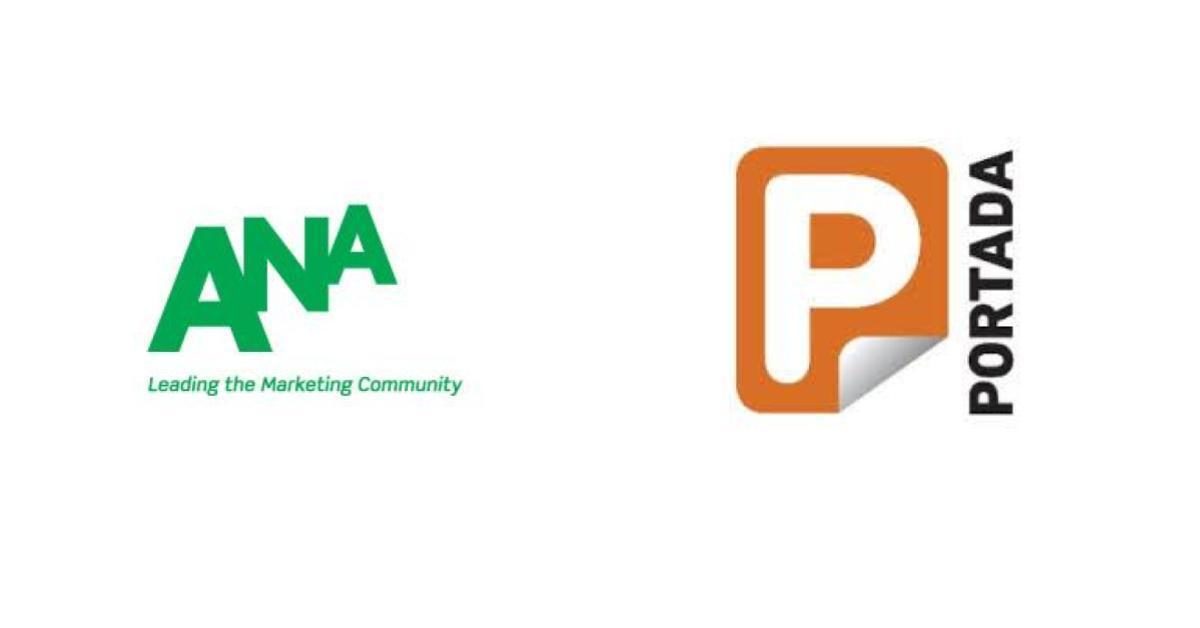