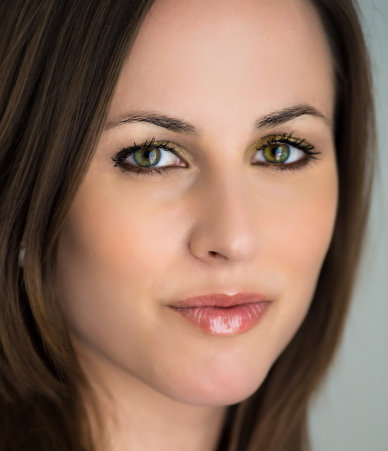 ¡Hola! magazine has arrived in Central America through a licensing agreement with Grupo Cerca. As of November, the monthly magazine is now publishing a local edition in Costa Rica, Nicaragua, Panama, El Salvador, Honduras, and Guatemala. Portada talked with Marcelo Burman, President and CEO of Grupo Cerca, about the launches and details of its agreement with local partners in each of the six Central American countries, and how ¡Hola! plans to market advertising in the magazine.

This year, ¡Hola! is marking the 70th anniversary of its founding in Spain. Its last product launch was in 1994 with ¡Hola! Mexico. Since then, the glossy’s international expansion has been done through licensing agreements.

In 2010, ¡Hola! made the decision to localize its print magazines in Latin America, where it already publishes ¡Hola! through partnership licenses with La Nación (Argentina), Copesa (Chile), El Comercio (Peru), and El Tiempo (Colombia). The magazine is also present in Ecuador, Venezuela, Puerto Rico, and the Dominican Republic.

“The magazine didn’t have a licensee in Central America, because of incompatibility between its business model and the size of the Central American countries. That is why we proposed a business concept to ¡Hola! that included a regional Central American framework, as well as localizing [the title] to each country.”

Grupo Cerca handles publishing, marketing, and distribution of its own titles, and also acts as commercial agent for international titles such as ¡Hola! Burman told Portada that the company works with a total of about 34 titles and plans to launch new ones in 2014.

The launch of ¡Hola! magazine at the regional level was accompanied by an advertising campaign in all partner media (publishing groups or newspapers), TV, radio, public spaces, and social networking. Galas assisted by 250 people were also held in each country, benefitting local organizations and public foundations.

Two editions have been launched to date and a third is expected early next year.

As for the distribution of 56,000 copies that were printed for the region, Burman expects to “adjust the number of copies for each country, before considering a printing increase.”

Portada: Why did you decide to go with a system of local joint ventures?

Marcelo Burman: Because we recognize that we are strong in Costa Rica, but not strong enough to handle the distribution and marketing in the other countries. So we decided to partner with our local partners to maximize and complement our strengths.

We joined forces with our local partners to launch this successful product and complement each other.

In Costa Rica, Grupo Cerca also publishes Advertising Age, Mercados & Tendencias, Audi, and Productor Agropecuario, among others, and will be responsible for the complete production and distribution of ¡Hola! magazine. The edition has an initial circulation of 11,000 copies, and is priced at 2,750 colones (about $5.50).

In Nicaragua, Grupo Cerca works with Diario La Prensa. ¡Hola! Nicaragua has a circulation of 6,600, and is sold at 145 cordobas (approximately $5.50).
Hugo Holmann, Publisher of Diario La Prensa, said the partnership “is a strategic alliance, and not just for Nicaragua. This is just the beginning of a larger project.”

In Guatemala, Grupo Cerca is partnered with the Prensa Libre newspaper. ¡Hola! Guatemala has a circulation of 10,100 and will be distributed at points of sales and also sold by subscriptions. The sticker price of the magazine is 48 quetzals (about $5.50).

El Diario de Hoy is ¡Hola!’s local partner in El Salvador. The magazine has an initial circulation of 8,150 and is priced at $5.50.

In Honduras, the magazine was launched in partnership with Grupo OPSA, which publishes El Heraldo newspaper. Grupo OPSA distributes the magazine in 250 points of sales and by subscription. ¡Hola! Honduras has a circulation of 8,150 and is priced at 120 Lempiras (also about $5.50).

In Panama, Grupo Cerca works with Grupo Espasa, publisher of El Panamá América. The magazine has a circulation of 11,000 and is priced at $5.50.

Advertising is handled by Grupo Cerca locally in each country. Its main advertisers to date have been premium brands such as Cartier, Audi, Valentino, Bulgari, Cavalli, Tous, Benetton, and Chanel, among others.

Burman added that advertising for ¡Hola! is also sold regionally in Central America, and that the ratio of regional to local advertising is even. Whether brands prefer to advertise locally or regionally “depends on where the advertising comes from,” he said.

We are exceeding sales budgets, both in copies as well as advertising.

Regarding future agreements to also sell ads jointly with Latin America [editions], Burman says that “we are not doing that at the moment, but do not rule it out in the future.”

Read the article in Spanish